On June 12, 2017, 68-year-old Peggy Klemm had very public sex with a man 20 years her junior against the wall of a bait shack in her suburban Florida retirement community. According to the police report, horrified onlookers called 911 to report the “emergency,” which climaxed a bit differently than Klemm might have intended — she was arrested and charged with indecent exposure and disorderly conduct. At her sentencing hearing, Klemm, who has 14 grandchildren, blew a kiss to her husband (different guy) and mouthed the words “I love you” to him before guards escorted her off to start her six-month prison sentence.

Look, I’m a fan of anyone who’s willing to go to prison doing what they love, but there’s no reason Klemm had to end up there. Public sex can definitely be a challenge to pull off — especially in the middle of a retirement hometown square — but there are so many ways to get away with it without sacrificing the risk that makes it hot. So for your sake and the sake of future generations, let’s talk about how to have sex in public in a more intelligent, responsible way than dear Peg (bless her heart).

Bar none, the best way to do public stuff is in front of people who want to watch you. There are so many benefits here — you get the validation that having eyes on you provides, you can play in public in a private, legally sound space and you don’t have to clutch your pearls about whether you’re shattering anyone’s innocence or ruining their day. And, if you’re with people who have consented to be a part of your fantasy, watching you might also be a part of theirs.

But Isn’t Part Of The Fun that People Might “Accidentally” See You?

Given that I’m a grumpy, Evangelical housewife in this example, I’m probably gonna bust your ass.

Oh, No! What Kind Of Ass-Busting Am I Eligible For (And Can Everyone Watch As My Ass Is Getting Busted)?

In most states, public indecency and/or lewd acts in public are your most likely charges. Both of these things are misdemeanors, but in some places like Florida, you still have to register as a sex offender if you’re charged with either or both of them.

However, if you’ve got a good lawyer or you live in a more permissive area, you might just have to write an apology letter. Each state handles public sex a little differently, though — so make sure to Ask Jeeves what your state’s laws are before you decide to get it on in public.

I Hate Misdemeanors And Apology Letters. Where Can We Do This And Not Get Caught?

According to Shapiro, the safest, most legally protected way to have public sex is in a place where there’s a “reasonable expectation of privacy.” In other words, if you have sex somewhere you “thought” no one could see you, you have a better chance of getting away with it if you’re arrested or tried in court.

That makes spots like hotel windows, high-up balconies, private rooftops, reasonably secluded private beaches, your friend’s bathroom during a house party, your own house with the windows open and cars parked in hidden locations not accessible to the general public really hot, really smart options for more legally sound bouts of exhibitionism. If you’re caught in one of these places, you could reasonably complain your privacy was being violated by whoever reported you.

However, if you’re into taking bigger, more daring PDA like fucking on the red carpet at Cannes, you can’t make the same argument. The more public you are, the more intentional your behavior will seem, and the more illegal it’ll be.

If the payoff is worth that risk to you, the world is really your oyster. Pick the ski-resort gondola, airplane lavatory or cop car that turns you on the most, and thentake the necessary steps to avoid getting caught.

Check For Cameras. Cameras Are Everywhere.

You can get away with anything if there are no cameras. I had sex in the hallway of a hotel right outside some stranger’s door at 3 a.m. because said hotel had too much vintage charm to install a security system to defend their honor from people like me. However, I only accomplished this feat of excellence because my partner and I had spent 15 minutes scouring the hallway for security devices.

We were lucky there weren’t any, but just about every public place has at least one. From parking garages to street lights to elevators, there’s a good chance that if you’re in public — especially near anything human-made — you’re being recorded. Maybe that turns you on — in that case, face away from the cameras and wear nondescript clothing.

It’s not just security cameras you need to worry about, though. Every man, woman and precocious toddler has a production studio in their pockets thanks to the intrusive miracle of the smartphone, so be aware of not only establishments, but people who can film you, especially if those people are already in a situation where their phones are out, like at an amusement park. Word to the wise — if you fuck in broad daylight in front of a bunch of teens, they’ll probably Snapchat it.

According to somatic psychologist Holly Richmond, many people into public sex choose a place where the risk of being caught is fairly low. Part of that, she says, is knowing when that location is likely have the least amount of people and police around. Unfortunately, this couple who decided to have sex on escalator in a crowded train station while holding a baby didn’t get the memo.

A good stake-out can help you figure out when that time is, but a little common sense helps, too. For example, if you’re dying to have sex at a playground like this Florida couple, chose a time when no kids are going to be there. Want to have sex on the beach? Pick an overcast off-day in a secluded area or try your luck in the middle of a hurricane. Want to copulate against the wall of a bait shack in the town square of your retirement community? Do it while M*A*S*H is on — no one goes outside when M*A*S*H is on, Peggy Klemm, no one.

Public sex is all about dressing intelligently. Stick to clothing that’s easy to pull up or down, but that you don’t have to take fully off — dresses, skirts, sweatpants, things with penis flaps you can pull your dick out of, etc. Klemm was caught with her pants literally down, but had she been wearing a skirt, she could have easily said her lover was just cracking her back.

You want to stay as clothed as possible when you’re fucking in public. For one, because it’s not as obvious what you’re doing when you’re slamming your bodies together in head-to-toe tie-dye, and two, because the more visible your body is, the more likely you can be hit with indecent exposure if you’re caught. That said, taking off your underwear beforehand can streamline things considerably.

Also, try to avoid brightly colored or sartorially obvious clothing. Not only does it make you more visible, it makes you more memorable to anyone who might call the cops to bust up your little Cracker Barrel parking lot romp.

When I was an aging teenager, my boyfriend fingerbanged me at my stepsister’s soccer game in the middle of a crowd of screaming helicopter parents. Everyone was so fixated on their kid’s burgeoning athletic prowess that we were the last things on their minds, and even if they had turned to look at us, they wouldn’t have seen anything questionable — we were sitting next to each other, straight-faced, looking like we really loved children’s athletic programs, with a blanket up to our chins.

No matter where you’re having public sex, bring a blanket or a towel to throw over you. According to Shapiro, a viable defense in court is that there was no sexual act taking place, it just “appeared that way.” When you’re all covered up, there’s no telling what you’re really doing under there, especially if you’re fully clothed (see above). What happens in the blanket stays in the blanket.

The whole point is to get in and out before someone catches you, so if you’re operating in an exposed location like a public park, the beach or the bathroom at your friend’s baby shower, skip the proverbial appetizer and go straight for the main course (whatever that means for you). That’s not to say that some level of warming up isn’t in order — public sex should still be good sex, after all — just that the risks of being in public can give things a sense of urgency. Related: The longer you’re at it, the more opportunity you give voyeurs to record you and post the video to eBaum’s World, so giddy-up.

For those times when want to jump each other’s bones but simply cannot, a remote or app-controlled toy lets you play in public without even touching each other. Check out WeVibe — they make app-controllable vibrating toys for all body parts that work anywhere in the world where there’s wifi. That means I can be in Canada at work and you can be in Malaysia feeding orphaned lionfish, and you can still be sending me little vibrations that make me squirm in my ergonomic office chair.

This All Sounds Hot, But I’m Still Scared…

That’s okay, a computer can have public sex for you.

According to Richmond, while certain widespread security cameras and smartphones have made it harder to get away with sex in public, other technological advancements are now making it easier to pull off that fantasy in a safe, legal way.

“The point of VR and deepfakes is to feel real, so this works well for a lot people,” says Richmond. “They still get the rush of doing something socially forbidden.” 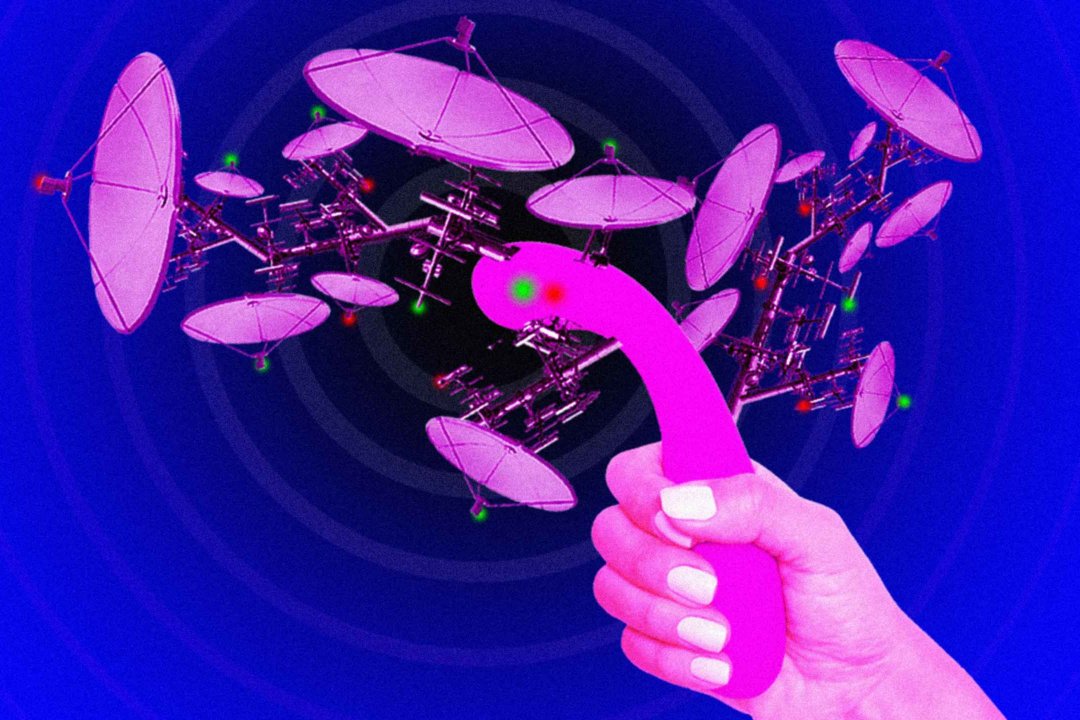