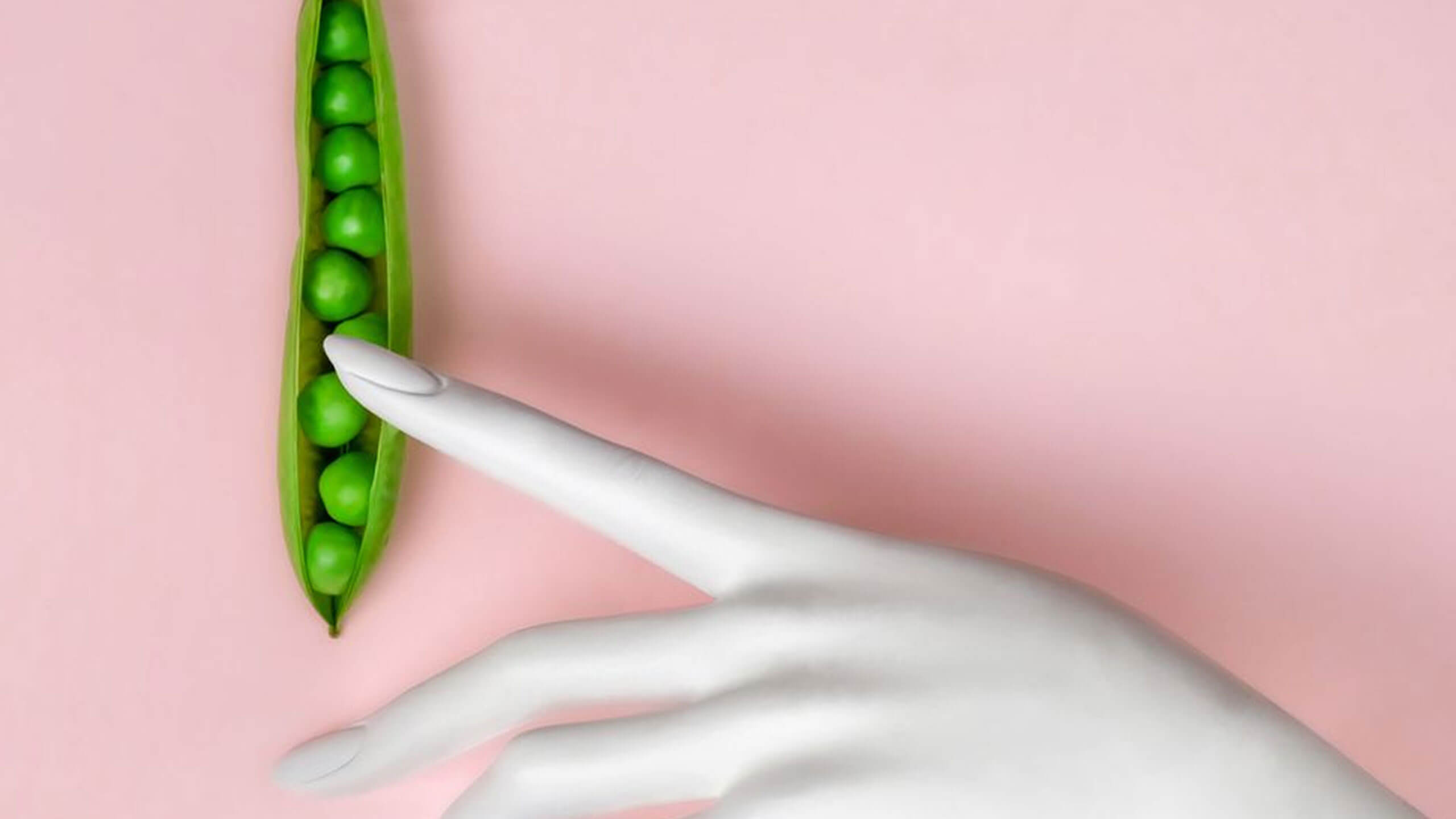 It lowers your stress levels.

It’s good for your vaginal health.

You can’t get pregnant.

During a solo session you’ll learn what feels good, explains Megan Fleming, PhD, a psychologist and sex therapist. “Relay that insight to your partner and you’re destined for better partner sex, including orgasms, which promote bonding.”

Before you can “rock your body” Justin Timberlake–style, you first have to knowyour body. “It’s essential for women to be able to identify their anatomy,” says Janet Brito, PhD, a licensed psychologist and certified sex therapist in Honolulu.

1. Sit down with a diagram of the female anatomy.

Admit it: The last time you looked at a diagram of the female anatomy was during your seventh grade health class (just me?). Spend some time looking at, and even memorizing it. As you do, be sure to say the anatomical words out loud! In a world that under-values vulva-owners, doing so is an act of power!

2. Bust out a mirror to look at your own.

Unless you’re in Cirque du Soleil, getting a real good look at your vulva and vagina is going to be physically impossible. That’s why Brito recommends beginning your personal investigation the old-fashioned way: with a hand-held mirror. It’s really the best way to see what your vulva **actually** looks like, she says.

4. Locate the other parts, too.

True, odds are high that you’ll need clitoral stimulation to cross the finish line. But that doesn’t mean touching allllll the other parts of your vulva can’t feel good. Brito encourages you to take your time to explore and name all parts of your body to figure out what feels good and what’s just meh. “Touch gently and, with curiosity, label the parts that feel most sensitive, arousing, ticklish, and uncomfortable,” she says.

If shame comes up for you, “start by owning that that’s what you’re experiencing,” she says. “Then, tell yourself that those feelings are a result of internalized sex negativity.” If a self pep-talk isn’t enough (it may not be!), she recommends seeing a certified sex therapist. They specialize in replacing what she calls “the wet blanket of shame” with pleasure.

You change the sheets, light candles, and cue up your fave sex playlist when you’re about to get it on with another person, so why not put in the same amount of effort when it’s DIY time?

It’s kinda hard to feel sexy if your room’s covered in month-old laundry and yesterday’s takeout containers. So, “start by creating a relaxing, comfortable space in your home, full of privacy and free of interruption,” says Brito.

Plus, she notes, Marie Kondo–ing your space can help clear your mind, giving you more room to focus on identifying what feels pleasurable and, consequently, increasing your chances of having that big O.

This one might seem obvious, but so many people skip it. Locking your door, even if you’re home alone, can clear your brain of any worry of someone barging in. Sometimes, that’s all your mind really needs to get centered.

It’s not that it’s so much about secrecy but about privacy, explains Holly Richmond, PhD, a certified sex therapist and somatic psychologist. “We all deserve privacy. Feeling like you have to keep things secret and hurrying up or hiding typically creates shame.” By locking your door, you can create your own private space and, in turn, feel more comfortable…and confident.

In some cases, though, you might want someone to walk in on you, says Richmond. After all, it’s totally hot. If this is your sexual fantasy, talk it out. Tell your partner: “Hey, I’m a voyeur,” or “the idea of catching you doing this really turns me on. Can we set up a scene in which we make this happen?”

Rather than dwelling on parts you’re not totally satisfied with (like, say, your stomach), focus on the sensuality of your curves and how capable your body is of pleasure. Research links having a positive body image with greater sexual satisfaction. So, far from being frivolous, loving your body can help you, ya know, love on your body.

10. Break out your fave lingerie and underwear.

Why save your sexiest underwear for an audience? If the black lace bra you haven’t worn since V-day makes you feel sexy, or that pair of Calvin Klein briefs brings you gender euphoria, put ‘em on! Taking them off can be part of the scene too, as Amy Levine, sex coach and founder of Ignite your Pleasure previously told Women’s Health. As each article comes off, think about what you love most about your body to get all kinds of turned on, she says.

Instead of going from zero to vagina, spend time romancing your non-genital erogenous zones. There’s no rush!

“It’s not all about the genitals,” Richmond explains. “The best sex is sensation-based, when we’re in our bodies and not in our heads.” It’s all about enjoying the senses, tastes, sounds, and smells of eroticism, versus just grabbing a toy and mindlessly going at it.

“You don’t have to go inside the ass to enjoy its pleasure-potential,” Fleming says. The entrance of the anus has as many nerve endings as the tip of the penis (about 4,000).

“The whole is greater than the sum of our sexual parts,” says Nan Wise, PhD, a licensed psychotherapist and certified sex therapist. Translation: Combining stimulation from multiple erogenous zones(e.g. clitoris, vagina, cervix, nipple, inner thighs, and anus) can add up to some serious pleasure.

Some pleasure-seekers can actually orgasm from touching their nipples alone. Try putting one hand on your breast and the other inside you. “Give yourself permission to lay down and let your hands wander,” advises Brito.

But “you don’t have to turn off your mind to orgasm,” says Wise. Instead, she suggests “paying attention to sensations”—not unlike how you pay attention to your breath when meditating.

Don’t rush it! Take as much time as you need, says Richmond. If you can make it an all-day affair, why not pull a Samantha Jones and make it one?! “Once a week or once every couple of weeks, maybe go into a self-pleasure session without orgasm having to be on the menu,” Richmond suggests. Doing so can help you really explore your body instead of just rubbing one out real quick.

18. Play around with positions.

Some people like to rub their clit against the bed, while others like to lay on their backs. Some like to keep their knees bent; others like to splay their legs out straight, and others still like to lift their legs into a V-shape. It doesn’t matter what your personal taste is—but you won’t know until you move around.

19. Focus on pleasure, not orgasm.

Still, if you find yourself freaking out because nothing’s “happening,” especially during your first me-sesh, that’s totally normal and completely okay. Remember that you’re experimenting in the name of being sexually healthy and don’t need to impress anyone.

Your only job is to “focus on discovering what feels the most pleasurable to you,” she says. Take your time, and just feel it out. Literally.

“We have sooo many different types of erotica available,” says Fleming. “Why not explore what works for you?”

“Fantasizing is a time to discover what turns you on—and not judge it,” explains Brito. Just let your imagination run wild and see where it takes you.

Not a visual learner? Thanks to audio erotica, you can listen to a tale that’ll get you all hot and bothered and let your mind do the rest of the work. “There’s an app called Dipsea filled with tons of sexy audio stories to get you going,” Richmond says. “[Some people] like the story around it, they like being able to create their own visuals.”

Bottle lube especially comes in handy for masturbators on birth control pills, which can cause vaginal dryness, Dr. Millheiser says. It’s also a great addition to anyone who’s dehydrated— because being dehydrated affects natural lubrication levels.

If dryness is a legit issue for you, and you’re not using a silicone sex toy, try silicone-based lubes, which last longer and reduce friction, Dr. Millheiser says. But if you’re just looking for a little extra wetness for more fun—or have a silicone vibe—stick to a water-based formula. (It won’t break down your buzzing friend.)

The modern vibe is pretty much the best thing since sliced bread (better, even). These days, most vibrators are specifically made to give you that clitoral stimulation you crave. From bullet vibrators to magic wands (that, yes, live up to the name), there are a ton of options out there for you to try. Treat yourself!

Toys are fun—especially ones that bring a different kind of pleasure to the party. There’s such a thing as oral-sex simulators, and they’re, well, AH-mazing.

First, consider the Womanizer, which Dr. Millheiser recommends to clients and friends all. the. time. “It’s a suction cup that uses an oscillating pressure,” she explains. “It’s almost as if it doesn’t allow you to hold yourself back. It gently pulls an orgasm out of you.” (Sounds kinda nice, doesn’t it?)

Hall specifically recommends a stainless steel or glass toy. You can place it “in the fridge or warm water before a session, then use it on sensitive areas like the breasts or thighs to provoke sensually intense reactions,” she says. Hot! (Or should I say, cold??)

28. Move your body *while* playing with these toys.

As tempting as it may be to make your toy do all the heavy lifting, try to get your body into it. Rock your hips to the rhythm of the vibration, or move your pelvis in a circular, figure 8-style motion. Doing so will help you stay present and maximize all the sensations you’re feeling. You might even happen upon some erogenous you didn’t know would get you going, says Richmond.

29. Change where you get down.

Always getting busy while watching Netflix in the living room? Head to your office chair. Usually in bed? Move it to a chair, or the car if you’re feeling especially adventurous, Hall suggests.

30. Take your solo-sex session into the shower.

This location deserves its very own tip because you can treat it like you would a sex toy. A hand-held showerhead might just become your new BFF. According to Dr. Millheiser, many women reach orgasm by pointing the stream of water onto their clitoris. “It’s like a quick and easy vibrator—that pulsating sensation on the most sensitive area on the human body,” she says. (Not to mention, it’s nice and warm.)

“Edging can make orgasm feel much more powerful, intense, and enjoyable,” as Vanessa Marin, a licensed psychotherapist and sex specialist, previously told Women’s Health. And Wise says it’s a solid way to draw out the pleasure before the grand finale, especially if this isn’t your first bedroom rodeo.

This is also a biggie for couples in long-distance relationships. “They can hop on a video call and put on a sexy show for each other,” says Hall. You can bet it’ll make the reunion so. much. hotter.

Previous Orgasmic Meditation Explained: From What It Is And How To Do It To Why It’s Controversial
Next How Sweet She is 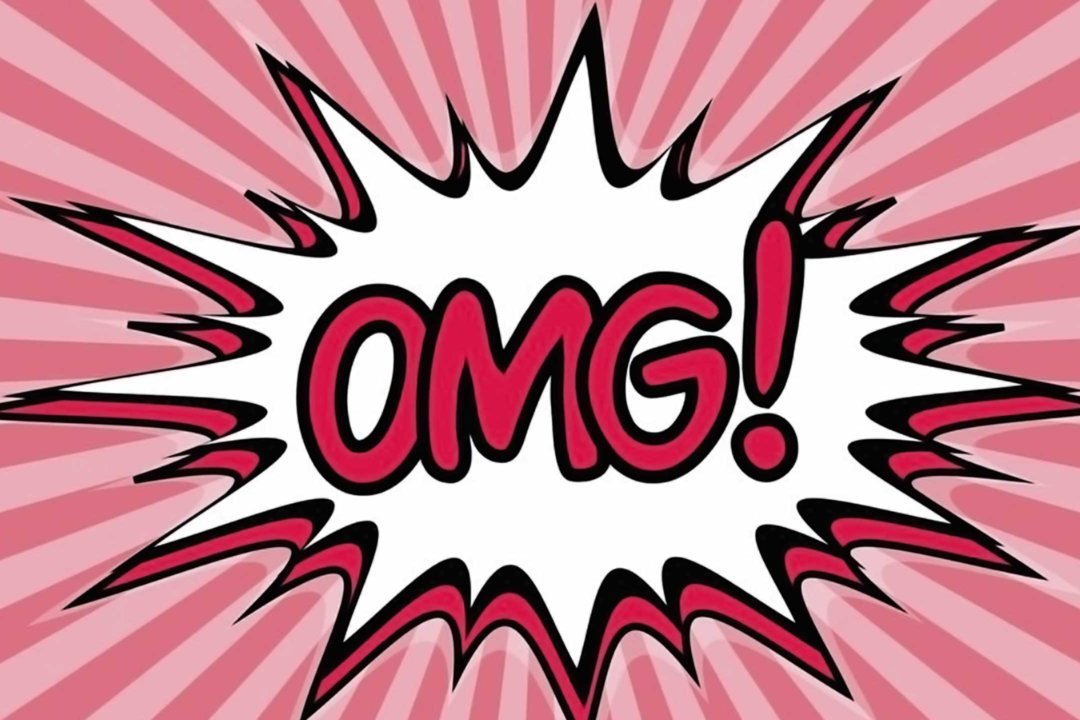 How to Cope With Some Of The Most Awkward Sex Situations 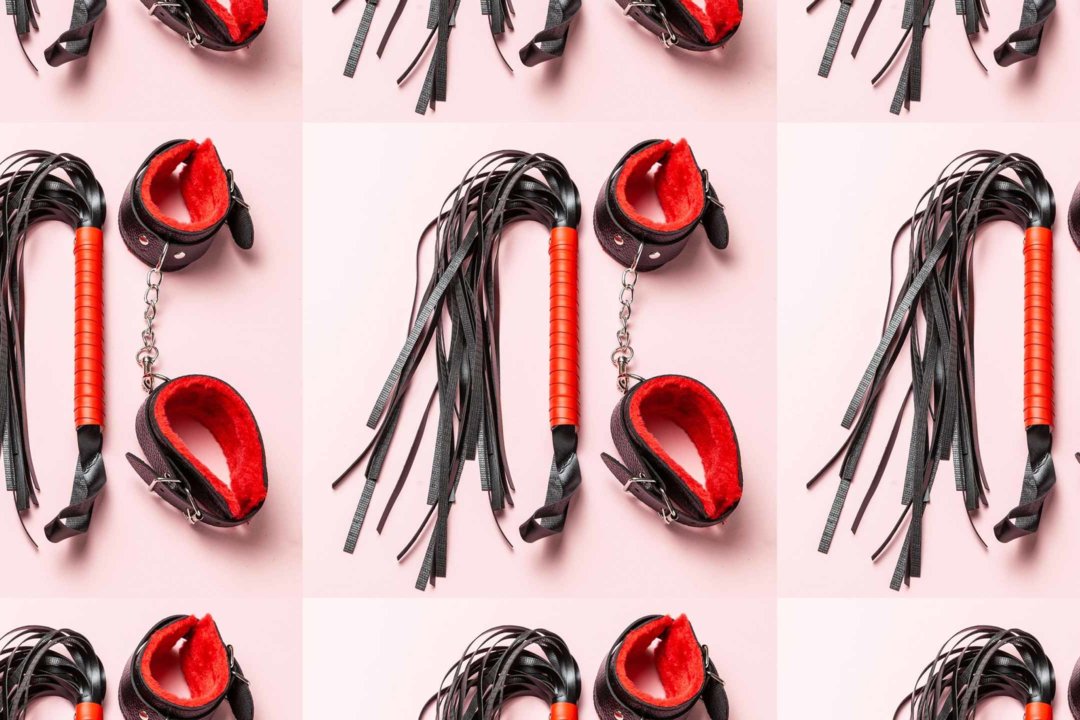 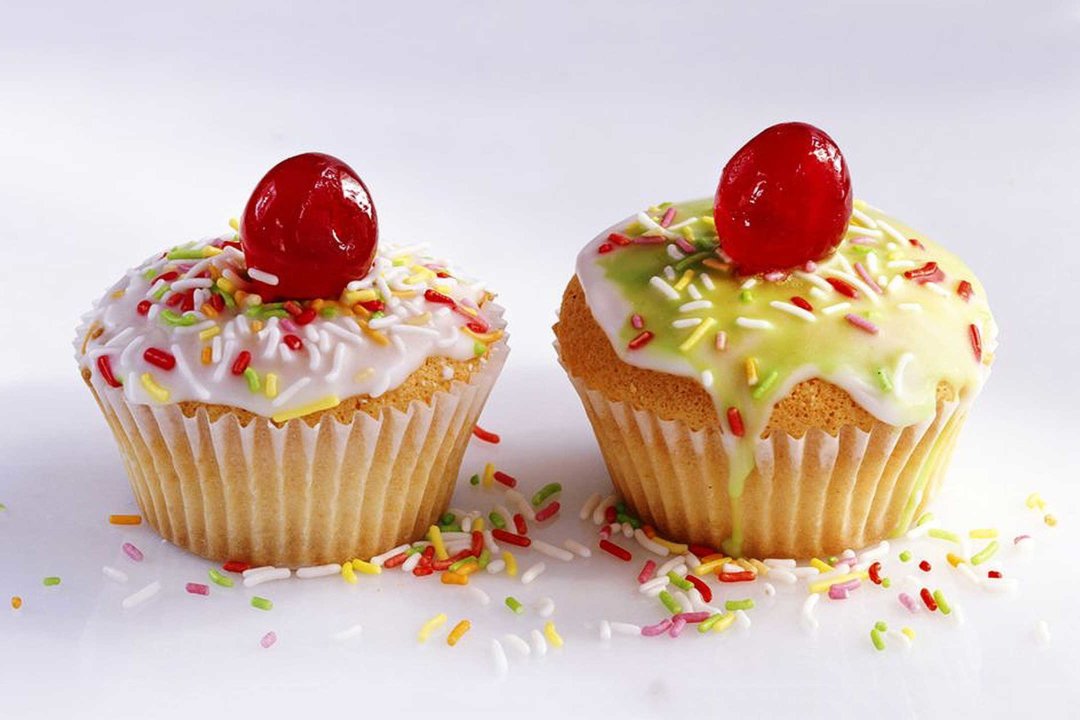