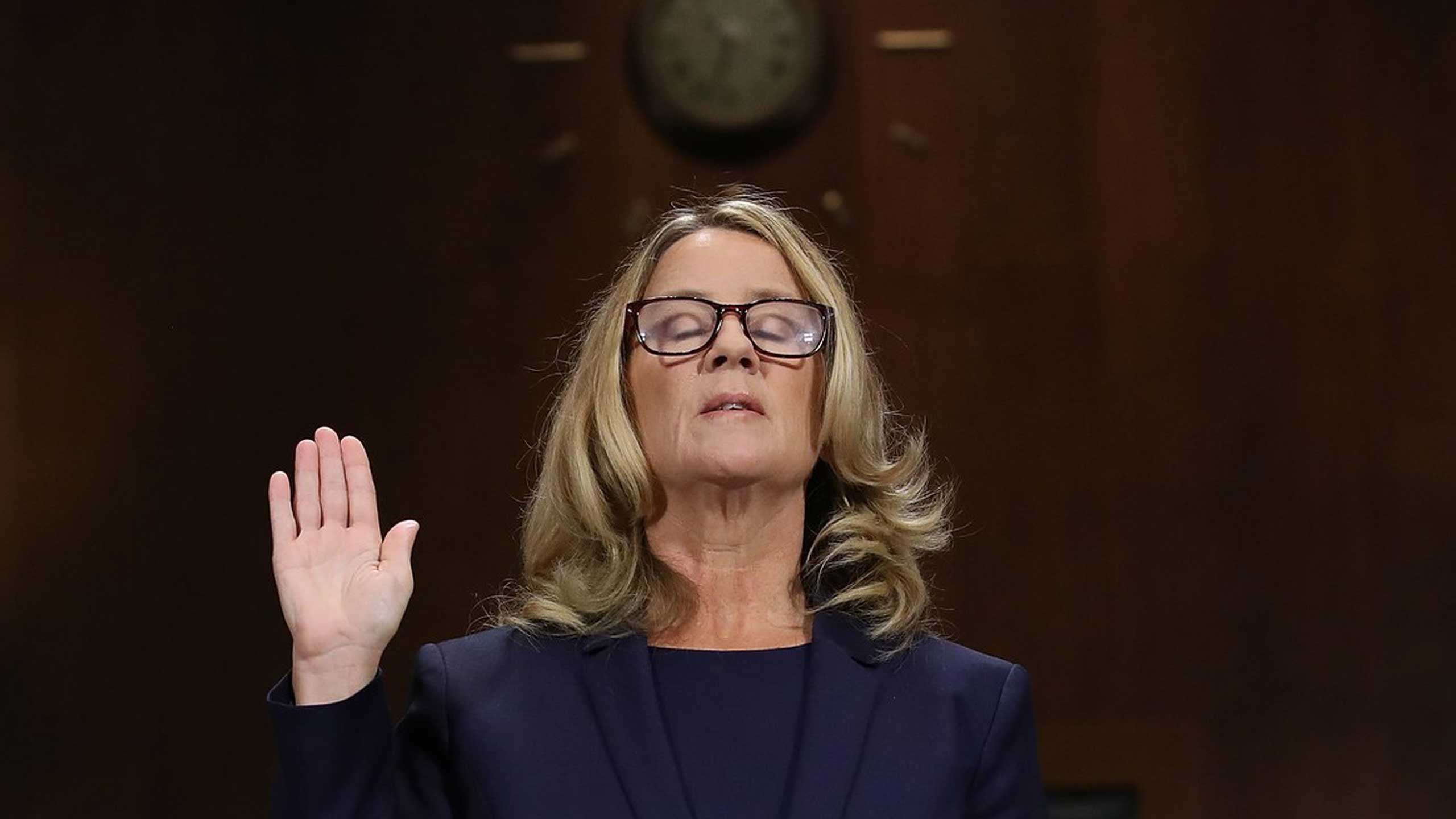 This is an op-ed by Allure contributor Maria Kari. It contains descriptions of sexual violence and trauma, and some may find it triggering.

When I was 20 years old, I went to a party where an acquaintance insisted on making me a virgin cocktail. Because I didn’t drink, I didn’t think twice about letting a near-stranger pour me juice with his back turned to me. Of the rest of that night, I remember only bits and pieces: locking myself inside a bathroom feeling terrified for my life, while he banged on the door until someone came by and told him to leave me alone.

In the years since, I have worked hard to avoid even the fuzzy memories I have of that night. Some may find my active denial to be a troubling coping mechanism but frankly, it’s because I’ve chosen to look the other way that I was able to find the strength to keep trusting men and move forward with my life.

But in the wake of Christine Blasey Ford’s brave testimony before the Senate Judicial Committee last week, something inside me has come undone. Right now, though half of me is energized, the other half is absolutely exhausted. While I am inspired by Ford’s ability to come forward in such a public way, I am infuriated by the reckless and crass way much of the media has chosen to cover the Ford-Kavanaugh story; a way that has been incredibly retriggering for survivors of any sort of sexual violence. In fact, the day of the judicial committee hearing, calls to RAINN’S National Sexual Assault hotline spiked by 201 percent.

Turns out, feeling retriggered in this way is actually totally normal.

“Hearing another woman share intimate details of her sexual assault can be very triggering for survivors of trauma,” explains Juli Fraga, a San Francisco-based psychologist specializing in women’s health and wellness. “Watching media coverage can cause old memories to resurface, which in turn causes upsetting emotions to arise.”

In a similar vein, somatic psychologist and sex therapist Holly Richmond tells me that since Ford’s testimony, many of her current and past clients have contacted her because they’ve felt retriggered. In fact, one of Richmond’s client’s from fifteen years ago was able to recall additional details of her rape that took place nearly two decades ago. Another client has described her days since the hearing as a “knife in her gut.”

After hearing this, I did a quick Google search of the past few days of op-eds and news coverage. A knife in the gut sounds just about right, with headlines from across the political spectrum screaming things like “Christine Blasey Ford Brought No Evidence but Plenty of Contradictions,” and “The Sexual Assault Survivors That Believe Brett Kavanaugh.” Many websites (which I won’t link to so as not to give them more traffic) have chosen to post Kavanaugh’s image next to Ford’s, tabloid-style, as if it’s a battle of who’s right and who’s wrong. Most disheartening of all is how almost all the coverage is positioning Ford as a victim rather than as a survivor. It is this type of combative, divisive, nonstop commentary that threatens to derail those of us who have worked so hard to move past our experiences of sexual violence.

For me, the raw moment when we got to see Ford finally take back the proverbial microphone and tell her story on her own terms was a moment that signalled a nationwide paradigm shift. But the over-the-top, damaging deluge of network rehashings, absurdist alt-right social media commentary, and, the not-so-presidential tweets from the President himself have brought rushing back my experience of having so narrowly escaped my own aggressor so many years ago.

“When the #MeToo movement happened, it was coming up during every therapy session,” says Richmond. She adds, “but I can’t tell you how retriggering the past few days have been for my clients.”

None of this is to say that there isn’t any utility in having the media address sexual violence. Because when it comes down to it, sexual violence is a pandemic that permeates the lives of women across nearly every square inch of this globe, and talking may be the only way to soothe our collective anxiety. And with Ford’s testimony, which has struck a psyche-deep chord for so many, the time for America to acknowledge the weight of sexual violence is now.

But the conversation needs to be nuanced and to put survivors first, rather than place a focus on getting the most eyes on a story. Because the thing is, triggers are strange beasts. They can come from the most unexpected of places, and they can come at you quickly.

For me, remembering my narrow escape that night means I’m suddenly flooded with panic and I can be trapped in that moment for a while. For you, and all other survivors, it may feel very different. After all, each one of us has a complex inner world, which is informed by the experiences and encounters we have in our lives.

Whatever it may feel like for you, until the time the politicians, lawmakers, and the media — the supposed guardians and gatekeepers of our society — finally get it right, I invite you to join me and to take a step back from it all. Here are a few bits of sage wisdom from Richmond and Fraga, for those times you need a moment of self-care:

If you’ve been triggered by recent coverage or events, you can call RAINN at (800) 656-HOPE (4673). You’ll be connected with a trained staff member from a local sexual assault service provider and given access to a wide range of free services. You’re not alone.

Previous I Took Barre Every Day For a Week, and My Sex Life Is on Fire
Next 11 Silent Sex Positions For Getting Down On The DL 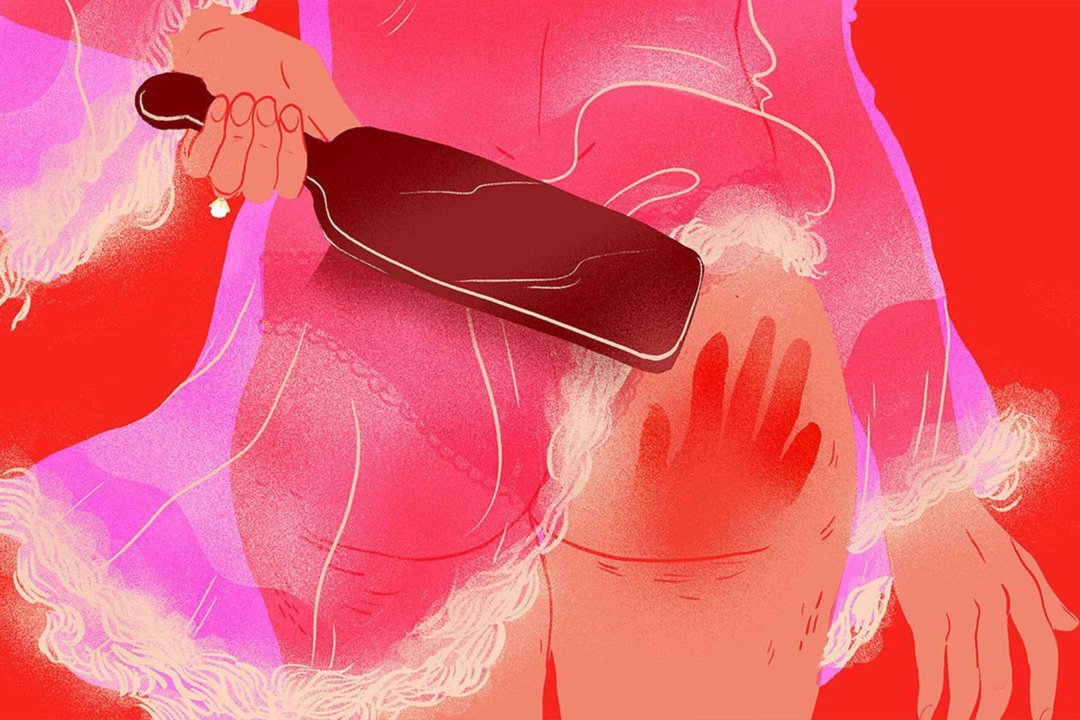 A Beginner’s Guide to Impact Play 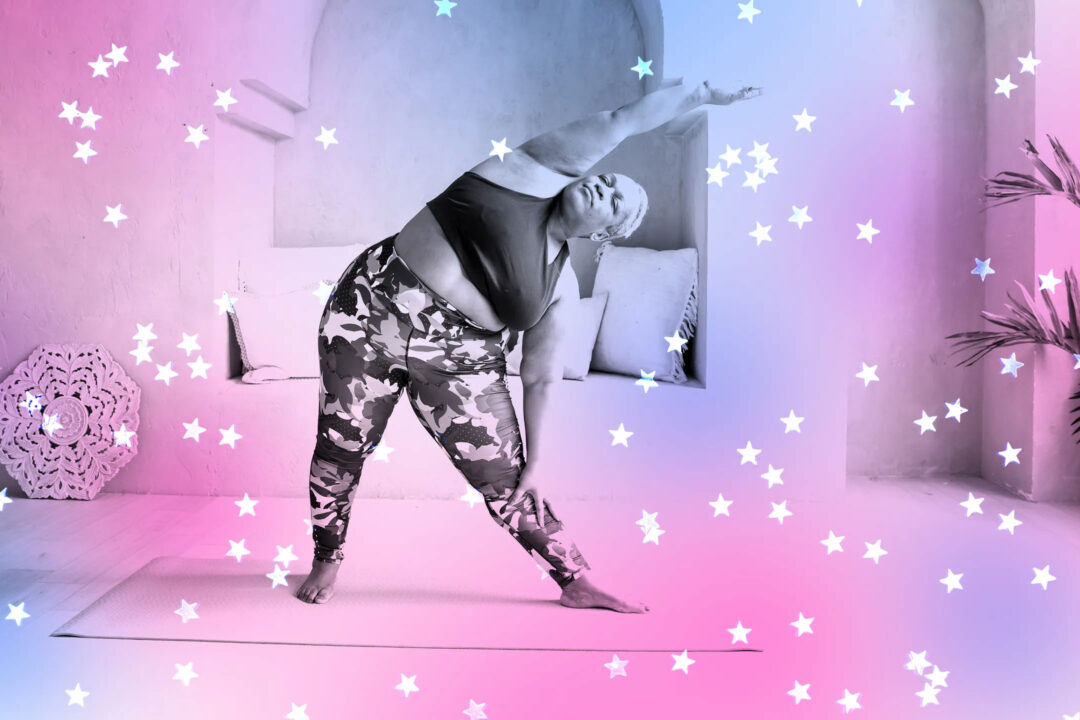