When Your Sex Drives Run At Different Speeds During Pregnancy 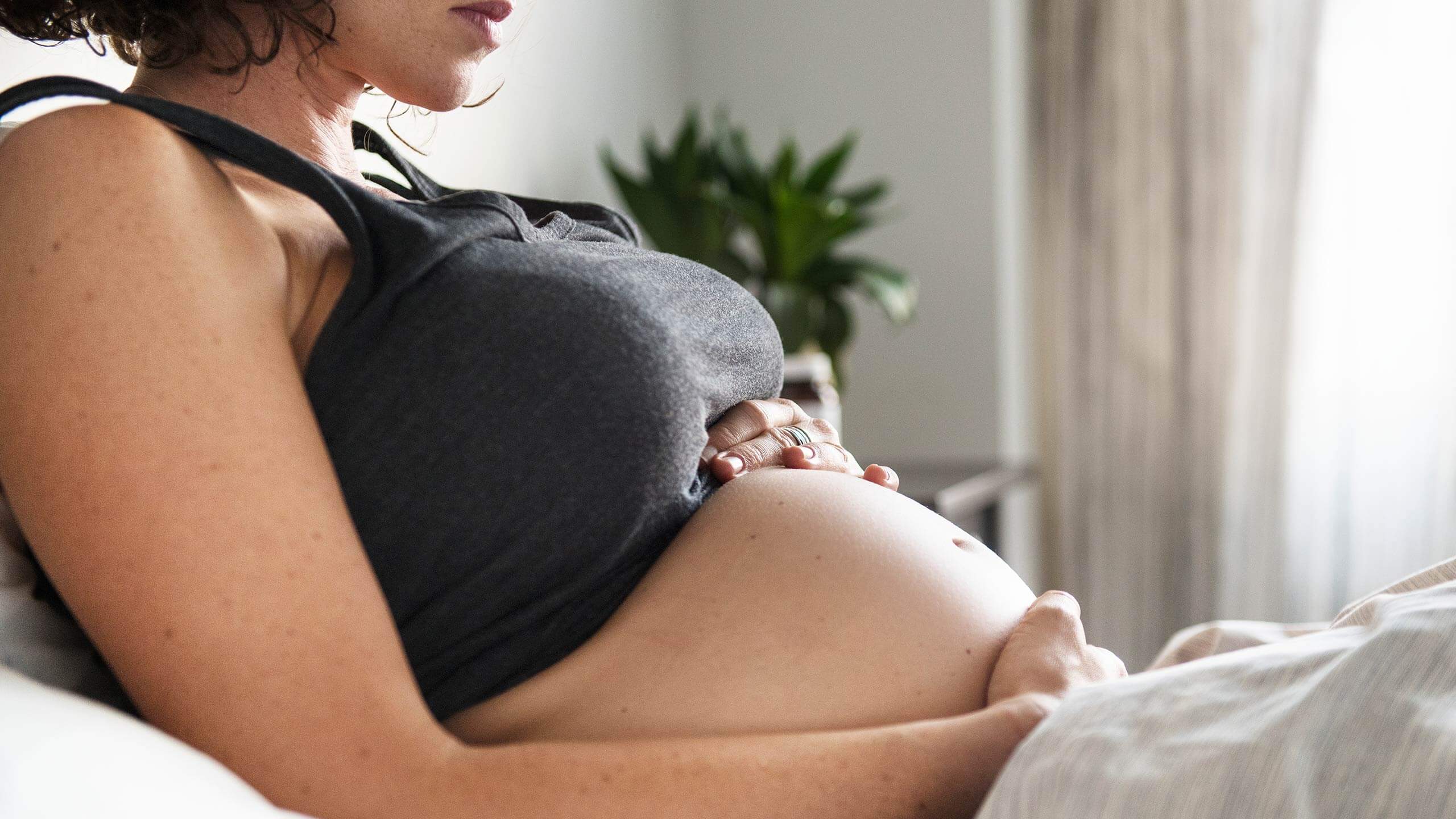 “Man, I can’t keep up with my wife’s sex drive, I feel like a piece of meat,” a patient of couples therapist Dr. Wyatt Fisher once told him. The man, whose wife was pregnant at the time, had inadvertently made him feel “like she usually feels,” the husband said — chiefly, objectified, used to satisfy a need. And this man wasn’t alone. Couples often find their sex drives are inverted during pregnancy, or at least disrupted.

Fisher has seen a lot of couples over the years and tells Romper there is a variety of reasons why men may not be interested in sex as much as their pregnant partner. “For some men, their drive hasn’t changed but their wife’s is now higher than theirs and they may not be as sexually attracted towards their wife’s pregnant body,” says Fisher.

We all know the main reason women’s sexual urges can go up and down during pregnancy: hormones. As Healthline explained in a look at sex drives during pregnancy, increased blood flow during pregnancy means “easier arousal and increased sensitivity.” Early in pregnancy, however, hormone levels can sap your energy for a romp. But your partner’s not pregnant, so why is he pulling the “I’m too tired” line? Well, unfortunately, there is no standard answer about pregnancy and sex. Some people want it — they even crave it, while others, just want to be left alone (and this includes both men and women).

So, obviously, it could be that a man’s sex drive hasn’t necessarily changed, but their pregnant partner’s sex drive has gone through the roof. This rang true for Fisher’s patient, who felt used. Fisher warns that can make them feel distant with their wife or partner, and may even lead to avoiding intimate moments so it doesn’t lead to sex.

Some men just aren’t into pregnancy sex. Yes, there are some who are turned on by a pregnant body, but there are others who may not be as sexually attracted to their partner’s changing body. This creates a problem for women who experience a boost in their body confidence, which consequently, ignites sexual desire.

Kelley Kitley, 39, Chicago, says she experienced a huge increase in her sex drive, especially in the second trimester. Even though her drive was higher than normal, she says her libido was typically matched by her partner’s drive. (Funny, that!)

Richmond tells me that about half of her clients who are pregnant report never feeling better about their body — they love their expanding breasts and hips, and relish how womanly and alive they feel. So, when she approaches her partner for a little action, and is met with a lackluster response, it makes sense that problems may arise.

Lauren Cecora, 29, or Northern California tells Romper that when she was pregnant she didn’t take “no” for an answer. “It was a little difficult the more pregnant I got to find comfortable positions, but when I was in the mood, it happened. My husband just went with it,” she says.

Fisher says he sees a lot of men who have anxiety around harming the baby during intercourse. He gives the example of a male client who was anxious about having sex with his wife because he was afraid he’d give his kid brain damage. Being worried about harming the baby’s head is quite common. But no matter how endowed a man is, he is not going to hurt the baby. The chances of a penis ramming the top of a baby’s head during intercourse is next to none.

For first-time dad James N., “trying to get the baby out at the very and was slightly awkward or intimidating,” and yes, he worried about jabbing the baby, but at the end of the day, he says, “who is complaining about sex?”

If you’re experiencing a dry spell because your partner isn’t into pregnancy sex, Richmond says the first question to ask a man is, “What is it that’s making them feel uncomfortable?”

If your partner is avoiding sex for fear of hurting the baby, here’s what he needs to know: “The cervix protects the baby and there’s no way a penis can penetrate it,” says Richmond. In the case of men being worried that lying on top of their partner will somehow hurt the baby, Richmond says she agrees with this one, but there is an easy fix: just change positions. She recommends trying one of the other million-ish other sex positions, such as doggy style, girl-on-top, and side-lying.

Many couples wonder what they can do to keep their sex life on track. The solution here, not surprisingly, is to talk to each other about how you feel, and about your desires and needs.

If you’re experiencing a dry spell because your partner isn’t into pregnancy sex, Richmond says the first question to ask a man is, “What is it that’s making them feel uncomfortable?” Is it the fear of accidentally hurting the baby or their partner, or is it something bigger like fear of becoming a father and all the responsibility that entails? She also says that some men just aren’t sexually attracted to pregnant women (and some are hugely attracted to them!).

“It’s really important for a man to know what his stumbling block is,” she says. And once he knows what that is, it may be a good idea for him to communicate this to his partner. “She will absolutely be wondering why he’s distant and why their relationship is lacking its usual intimacy, so it’s usually best to get them on the same page and prevent further misunderstanding.”

Certified sex therapist, Dr. Rosara Torrisi, who works with many pregnant couples, tells Romper the overall concern for most people is the fear that they are not connecting with their partner in a way that is important to them. She explains that this lack of connection brings fears of abandonment or inadequacy that can quickly become toxic in a relationship.

Torrisi says that’s why talking with an expert if your partner is having difficulty regarding you as a sexual person now that you’re pregnant, can be helpful. She also suggests that men focus on what their partner’s changing body tastes like, smells, looks, sounds, and feels like. “Change it up by trying new positions, lotions, and locations,” she suggests.

But, what about tips for women who want their needs met?

Well, the rules of intimacy and eroticism are the same. Richmond believes that if a woman wants to experience her pleasure potential, she needs to communicate what turns her on and show her partner how to help her experience the best sensations possible.

“During pregnancy, sometimes a woman will need more direct pressure in certain spots, like her clitoris, and less in others like her nipples,” explains Richmond. Every woman is an individual of course — and a pregnant individual — so the best thing she can do is to communicate her needs in a direct yet heartfelt and sensitive way. That might sound like, “I love it when you grab my breasts, but it’s too much when you touch my nipples right now. Can we switch that up?”

Torrisi suggests using oral and manual (hands-on) sex, which are both wonderful components of a couple’s sex life throughout their years together. And, of course, they can seek out the help of a couple’s therapist or sex therapist if the subject of intimacy and sex feels too difficult for them to tackle on their own.

Richmond also recommends couples plan a time for uninterrupted connection and communication. “I always suggest partners sit facing each other so they can make eye contact, which encourages empathy and understanding. From here, they need to be curious rather than judgmental about their partner’s feelings, as well as stay true to their own needs and wants.”

Previous Safe Sex Positions During Pregnancy That Still Offer Serious Pleasure
Next The Most Important Things That Dr. Holly Richmond Wants You To Know About Marriage And Sex