Why Some Women Love Degrading Sex

One night, after too many whiskey sours, the conversation among a group of my closest friends and I turned to sex. We’re not a judge-y group, nor are we bashful when it comes to providing the intimate details of our sex lives. And, yet, when one of my friends revealed that she falls off the orgasmic cliff when her boyfriend calls her a “whore” just as she’s about to come, she lowered her eyelids to the table.

She seemed almost apologetic. “You guys know me, you know I’m a feminist,” she told us. “But I can’t help it — that word makes me insane. In a really good way.”

One by one, the “degrading sex” dominoes began to fall. One friend confessed she finds it hot when her husband slaps her with his penis. Another begs her boyfriend to ejaculate on her face while she kneels at his feet.

Are my friends just a bunch of freaks? Actually, far from it — they’re all successful, strong, intelligent women who are in solid relationships. And as they confessed, they each added some version of the same caveat to their sex anecdotes: “You know I’m a feminist!”

Many of us have forgotten that being a strong woman who demands equal pay for equal work and supports the rights and equality of all genders doesn’t mean we aren’t entitled to our idiosyncratic turn-ons — particularly if those turn-ons involve being submissive to a man. And the fact that the acts described by my friends are considered “degrading” may be part of the problem.

“Women are expected to be polite, pretty, and perfect in our male-dominated world,” says Dr. Paul Hokemeyer, a licensed marriage and family therapist who is a certified clinical trauma specialist. “In the bedroom, however, they can regain control of their bodies, their minds, and their mate. On the surface, being dominated seems demeaning; in the world at large, that is the case. But in the intimacy of a sexual encounter it puts the women in charge of her body and her relationship.” It’s more than a little ironic, but powerful women might feel sexually powerful by opting to lose their power. Phew.

“Often, women who like to be dominated by men, and who prefer something that is considered culturally taboo, are [often] in positions of power and/or have a lot of responsibility in their lives,” says Dr. Holly Richmond, a certified sex therapist and somatic psychologist. “She could be the CEO of a Fortune 500 company, or she could be stay-at-home mom of three. Both positions require a great degree of authority, dependability (ensuring others are taken care of), and self-discipline. Being dominated means that a woman does not have to make any decisions and the burden of responsibility can be shed for a time.” 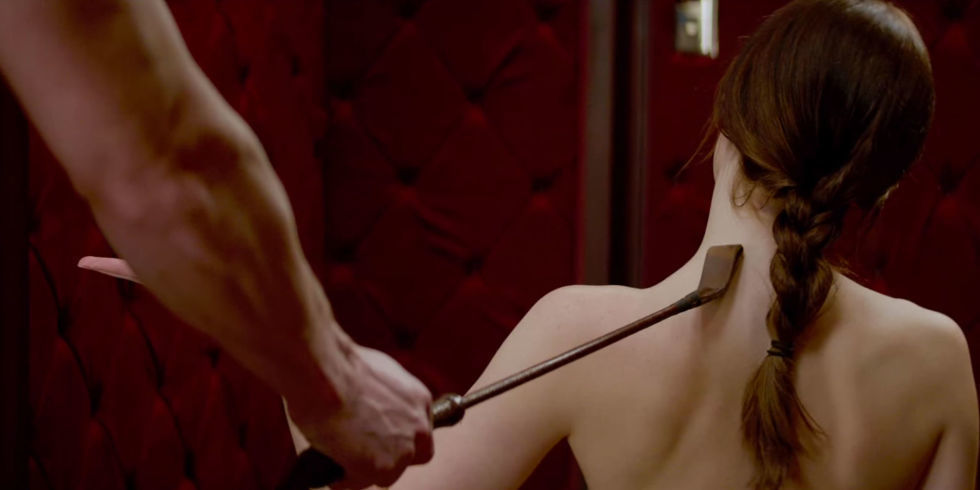 To the uninitiated, submissive sex may seem like an excuse for a woman to get treated like crap because she views herself as crap — meaning, she’s insecure. Nothing could be further from the truth. At its root, the desire to be “taken” is actually about having the highest form of power over a man, Richmond explains. Being thrown on a bed and even held down makes the submissive feel like her partner cannot control himself or keep his hands off of her. He wants her and only her. She is so sexy and desirable that he can’t help but ravage her, Richmond suggests.

Of course, your feminist (or rather, human) antenna may have perked up at the idea of being held down, or forced, into a sexual situation. It’s crucial to make a distinction between consensual sexual pleasure that involves acts both partners have agreed upon, and nonconsensual assaults that bring one person pleasure at the expense of the other.

There’s no shame is feeling turned on by masochistic sex acts. If you’re curious to try something, there’s no reason why you can’t float your fantasies by your partner and find out if he’s on board. But conversation is key. Without it, could easily be misunderstood by your partner, damage your relationship, and even put your mental and emotional health at risk.

“If you truly do want to try out your masochistic sexual fantasy, you need to be pretty clear about exactly what is a turn-on, and exactly how far you wish to go,” says Dr. Gail Saltz, a psychiatrist, psychoanalyst, best-selling author, and host of the Power of Different podcast. “You need to establish parameters for when ‘no’ means ‘NO’, and that this is purely sex play entirely separate from wanting a mutually respectful, shared relationship outside the bedroom. This will likely take multiple conversations, both inside and outside the bedroom, with lots of feedback from your partner [to make sure] they too are comfortable with this type of sexual play.”

As long as you’re in control of when and how you engage in and define submissive sex — whether that to you means being held down, wearing a collar and leash, begging for his penis, and, well, I could go on and on — there’s no shame in your game. Know what you like, express it like a boss, and give both yourself and your partner serious pleasure.

The 32 Most Overlooked Reasons Why Marriages Fail

The 32 Most Overlooked Reasons Why Marriages Fail