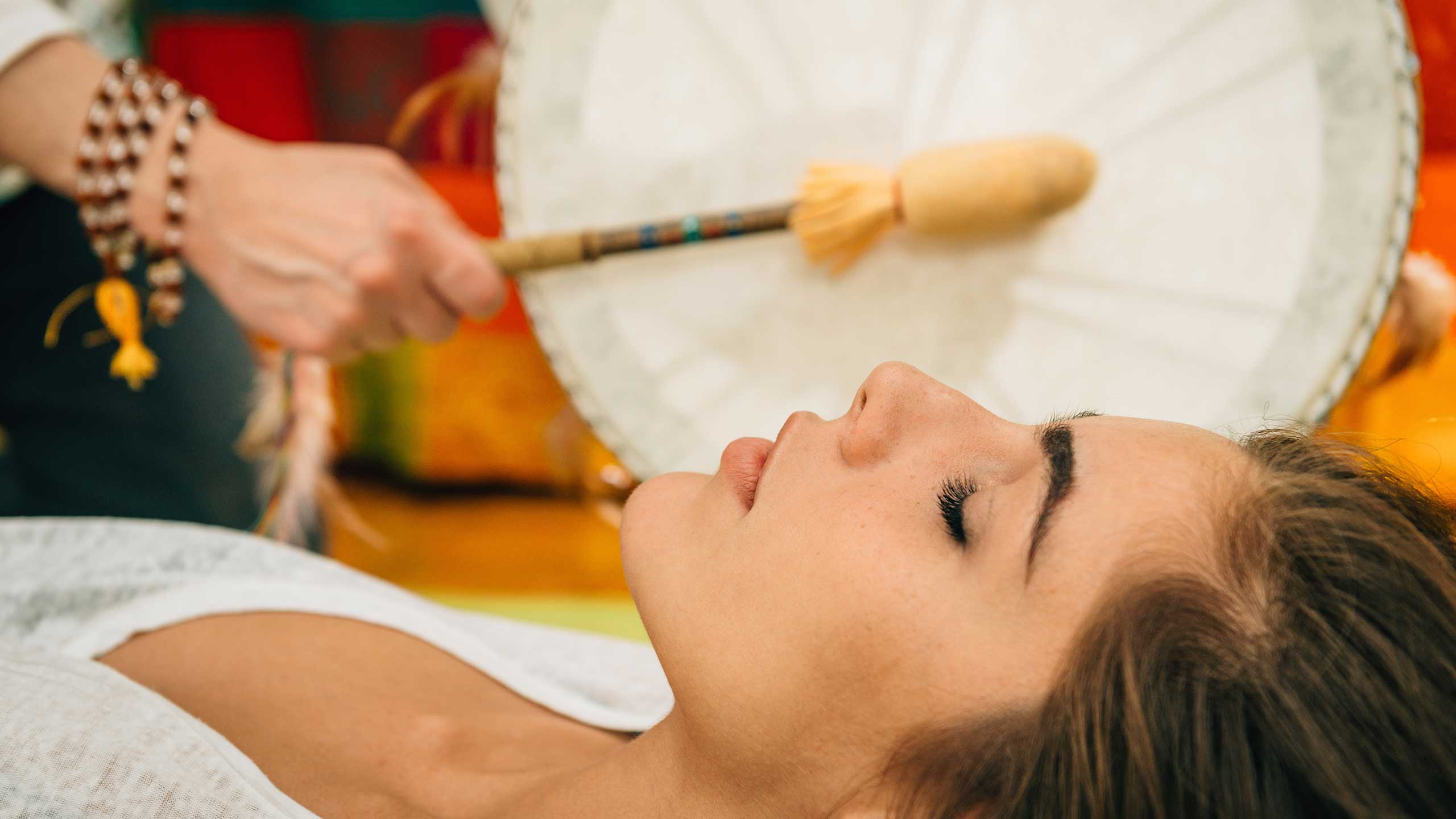 Ten minutes into my first breathwork class I felt a light dizziness and a tingling in my hands and feet, but I pushed through it and continued sucking up air. Music blared—a mix of chanting and popular songs—as the instructor paced the room shouting inspiration while his assistants pounded a gong. Several people erupted in tears, others in laughter. One man growled.

I’d heard that breathwork—a New Age practice that involves controlled, rhythmic breathing—was therapeutic and helps release pent-up emotions which, like many of us, I tend to keep pent. It hadn’t been difficult finding a class. Endorsed by the likes of Gisele Bündchen, Christy Turlington, and Oprah, breathwork is booming. There are eight competing breathwork classes in West L.A., and that’s just on Monday nights.

I picked one led by Jon Paul Crimi, a professional sober coach in addition to his breathwork instruction, who told me his weekly classes at The Church in Ocean Park have been packed to the brim and are starting to draw celebrities and supermodels. He said most of his first-timers have a profound cathartic experience, often erupting in tears. He added that your hands might clench up like lobster claws the first time you do it.

Nervous about going full crustacean in a public setting, I put off going for a few weeks, until I got a call from Crimi on the day of the eclipse. Unlike what you’d expect, Crimi is the no-nonsense type; he likes poking fun at the hippie-dippie crowd. “You have to come tonight,” he told me. “The moon makes people do crazy shit.”

When I arrived at 8:15 p.m., the church’s stained-glass windows were dark. Crimi’s two assistants were stretching purple LED lights across the altar as Crimi set up two speakers and a large gong. Crimi has no eyebrows, lashes, or hair due to adult-onset alopecia, which he believes was stress-induced. He discovered breathwork a few years ago through a friend. “I had this massive experience,” he said. “All the stress and anger just left me.”

Looking professional in a blue sports coat and dark jeans, Crimi introduced me to the regulars. There was Melody, who works in drug rehab and uses breathwork as a “natural high”; and Rob, wearing a “Spiritual Gangster” T-shirt, who comes every Monday to unwind from his job. Then there’s Tanya Mityushina, the Sports Illustrated swimsuit model who says that breathwork helps erase the clutter in her mind.

Breathwork dates back to the ancient Hindu practice of yogic breathing known as Pranayama, which translates in Sanskrit to “breath control.” Modern breathwork developed in the mid-1960s. One of its early pioneers was a New Age New Yorker named Leonard Orr, whose group of seekers would practice breathwork in bathtubs, wearing snorkels, to simulate womb memories (known as Rebirthing-Breathwork). There’s also Integrative Breathwork, Shamanic, Radiance, Transformational, Zen Yoga Breathwork, and many other forms. Crimi’s is a hybrid.

Crimi kicked off the class with the simple instructions: Inhale in two parts, first in the belly, then in the chest, then exhale and repeat. There were about 60 of us, mostly Millennials, our yoga mats corner to corner like a patchwork quilt.

Throughout the class Crimi used “guided imagery,” instructing us to visualize a favorite sound, fond memory, or similar. He’d adapted this technique, he told me later, from a Tony Robbins seminar. With my attention on breathing, images appeared vivid in my mind and made me feel happy and content.

“By focusing on such a basic activity as breathing in and out,” says L.A. therapist Jack Wysocki, who uses breathwork in his own practice, “we’re able to concentrate on the here and now and clear out the other noises in our head.” Combining that with guided visualization, says Wysocki, “allows you to tap into deeper feelings.”

L.A.-based somatic psychologist Dr. Holly Richmond, an authority on mind-body therapy, told me breathwork can be effective in releasing emotions that get “stuck” in the body. “Through the release of breath,” says Richmond, “you can touch something you haven’t touched in a long time. For some people, it might be issues from their past, or family issues; for others it might be relationship issues. Some people laugh in response. Some people cry. The growling may have been anger.”

As for the tingling in my hands and feet, and Crimi’s warning about lobster claws, Richmond told me the medical term for the phenomenon is “tetany”—convulsive tension triggered, in this case, by rapid, shallow breathing, which creates a deficiency of carbon dioxide in the blood. Since you can control the tetany (Crimi advised us to do so by breathing through the nose), Richmond told me there’s no cause for concern. But she wouldn’t recommend intense breathwork for those prone to panic attacks or who’ve experienced recent trauma.

My favorite part came near the end, when Crimi led us in a loud, baritone group scream. The bellow from my diaphragm, mixed with the hum of the gong, and the tingling in my hands and toes made it feel like my entire body was vibrating. In my mind, or maybe in my heart, I experienced a deep feeling of connectedness. Perhaps by breathing out all those emotions, which were generated by external forces, we’re left with just ourself, a human stripped bare but connected to other humans by the common, basic elements of simply being and breathing—humanity in its rawest form. I can’t believe I just said that either.

Breathwork, Somatic Psychology, Somatic Therapy, Stress
Previous Whatever Harvey Weinstein Is, He Is No Sex Addict, Experts Say
Next Debra Lafave: Why We Can’t See Women as Sexual Predators, and Why It Matters