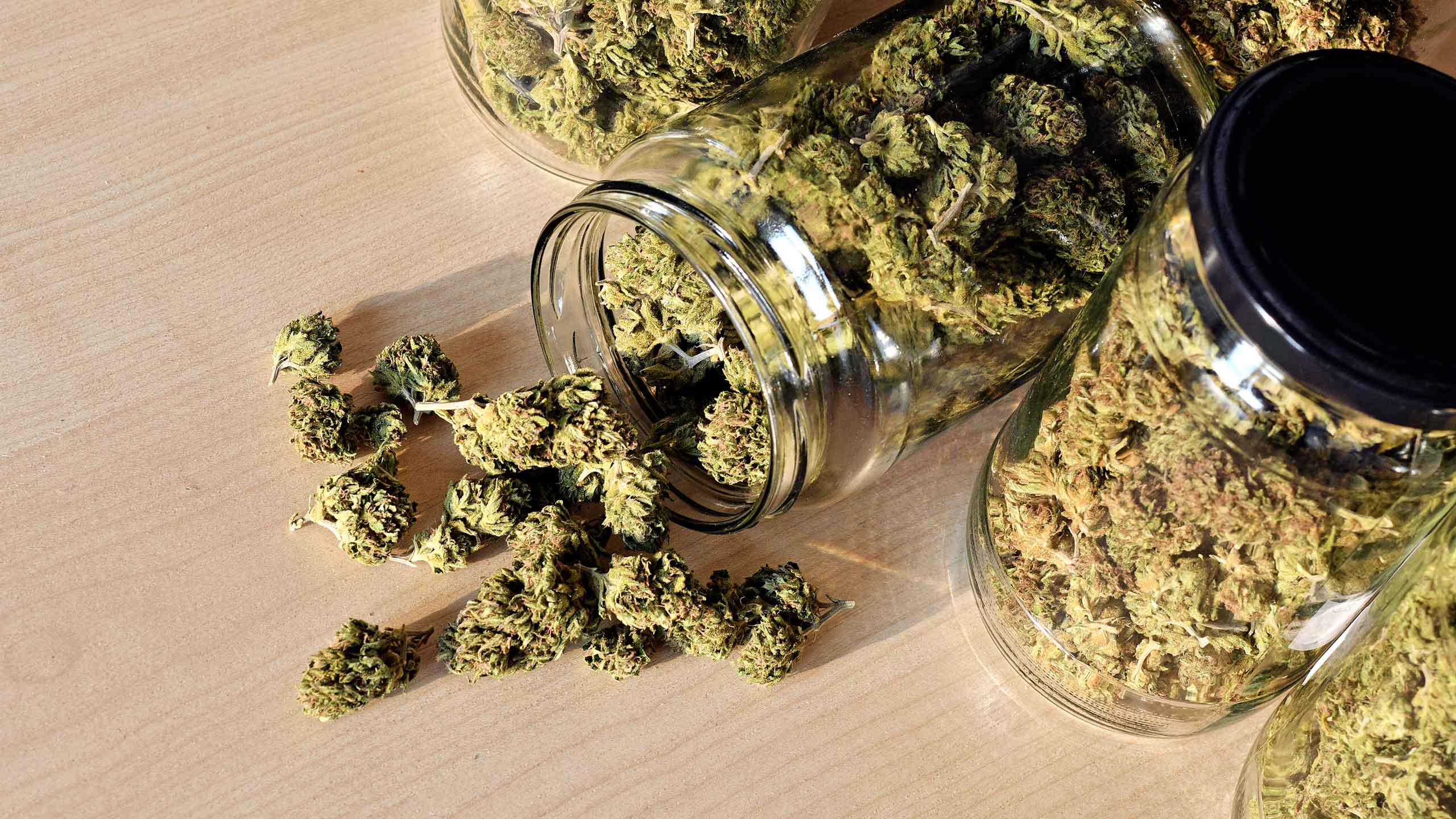 People who smoke marijuana reported having more sexual intercourse than non-users, according to a new study conducted by urologists at the Stanford University School of Medicine.

The results were modest but statistically significant: Non-users said they had engaged in sexual intercourse between five and six times in the previous month. Daily pot smokers reported having intercourse around seven times over that same period. The frequency was in-between for people who smoked marijuana less often, on a weekly or monthly basis: they reported having sex more than abstainers, but less than daily users.

“I was surprised,” said Dr. Michael Eisenberg, the study’s senior author and an assistant professor of urology at Stanford University Medical Center.

“The daily users for example, compared to the never users, reported about 20 more sexual encounters a year. So I think that is a significant difference,” he said.

It’s the first study to look at the connection between pot smoking and sex at the population level. To tease out the association, Eisenberg and his co-author Dr. Andrew Sun used survey data drawn from more than 50,000 Americans between the ages of 25 and 45.

The data comes from the National Center for Health Statistics at the CDC. Since that survey does not ask about homosexual encounters, the results only apply to straight men and women.

Eisenberg decided to do the study because more of his patients had been asking him if smoking marijuana could be contributing to their sexual difficulties. He had previously told them it might, and to abstain just in case. He was basing his assumptions on research about the negative vascular effects of cigarette smoking. In addition, some past studies and case reports have indicated heavy marijuana use may be associated with erectile dysfunction or depressed sperm count.

But now Eisenberg is rethinking his advice, at least for some patients.

“If somebody is using marijuana to help them for chronic back pain or something like that, there may be other interventions that we can think about targeting,” he said. “Rather than telling them they have to stop, otherwise their sex life is doomed.”

For Dr. Holly Richmond, a sex therapist, the study results are “pretty remarkable.”

In her offices in Los Angeles and Portland, Oregon, Richmond has seen mixed results when her clients use marijuana. Some couples tell her that they have more sex when they use pot, but others have less sex.

She said those differences are probably attributable to how much pot someone smokes, instead of how often.

“Too much can lead to lethargy and really checking out, which does not facilitate [emotional] connection at all, and definitely doesn’t encourage sexual activity.”

Eisenberg cautioned against drawing unwarranted conclusions from the study, and cited the old statistical adage “correlation does not equal causation.”

“This doesn’t mean that if you want to have more sex you should start smoking marijuana,” he said. “That’s definitely not what this data supports.”

The study can’t explain what factors are driving the association between pot use and sex, said Dr. Igor Grant, chair of psychiatry and director of the Center for Medicinal Cannabis Research at the University of California San Diego.

He said one explanation is that people who use marijuana —or are willing to admit marijuana use in a survey —are more likely to report their sexual encounters, or remember more of them. Grant said marijuana users are also sensation seekers, and may be more driven to have sex.

“Drug use is one type of sensation-seeking behavior, and obviously sex is another,” Grant said.

Eisenberg agreed that personality and other behaviors could be a factor, but if that was the case, he would expect to see different results from different demographic groups. For example, young and single respondents might be more willing and able to engage in risky or sensation-seeking behavior, when compared to married people with children. But the results held across all categories, including race and ethnicity, educational level, income level, religious affiliation, and family status.

“For every group, the more marijuana use that they reported, the more sex they reported as well. So that was really interesting to me, and also made me think that there could potentially be some biologic explanation here,” Eisenberg said.

Richmond, the sex therapist, says she wouldn’t advise any client who doesn’t already smoke to start smoking marijuana as a sexual aid. But she said it could be reassuring to her pot-using clients to learn from the study that smoking pot doesn’t appear to decrease sexual activity.

“Individuals and couples look for additional ways to create novelty in the relationship and have fun, and that’s now a legal and accessible way to do it,” she said.

Medicinal marijuana is now legal in 29 states, and eight of them allow recreational use as well. (The District of Columbia allows both).

Dr. Eisenberg said that’s why learning more about the potential side effects of marijuana use is so critical.

Advice, Marijuana, Sex, Sexual Health, Stanford Medicine
Previous Getting Intimate: Talking Together About ED
Next Don’t Be Alarmed If You Get a Headache During Sex — It’s Normal and Manageable