Are you having as much sex as you want? It’s a blunt question. But if you’re like most women, the answer, unfortunately, is a resounding no. In fact, 60% of women say that they aren’t seeing enough action between the sheets, according to a new survey of 1,000 men and women conducted by the dating app HUD.

This is a problem, obviously. How frequently a person desires sex varies, and there’s no one right amount. Yet if your needs aren’t being met, you’re not scoring all the amazing benefits of a healthy sex life—which include everything from better sleep to less stress to a deeper connection to your partner.

The survey didn’t address why more than half the female respondents weren’t having sex as often as they wished. So we decided to check in with Holly Richmond, PhD, a sex therapist in Southern California, who shed light on the cause and told us what women can do to start getting it on on the regular.

According to Richmond, that six out of 10 number is the result of a communication breakdown in the bedroom. “That statistic shows that women really don’t know how to ask for what they want,” she tells Health. “There’s still some social trepidation around being a sexual woman and having a sexual appetite, [and] some women feel [this] doesn’t fit the norm.”

Richmond says the idea that women shouldn’t be sexual makes it harder for them to accept their libido, and as a result they don’t speak up about how they want to be satisfied. “Men don’t own the market on high libidos,” she says. “Libido is really a spectrum across the board for men and women.”

So how do you communicate your desires so your partner can fulfill them? Richardson believes it depends on the kind of relationship you’re in. If it’s a casual thing, she suggests being very up front.

“If you’re on that first, second, or third date and you decide you want to have sex, tell your partner, ‘I’d love to make this physical with you,’ ‘I’d love to have you over to my place,’ or ‘I’d love to go over to your place,’” she advises. “It’s important to have words around it and really verbalize it. Men might be a little more reluctant to ask, so perhaps it is more important in the wake of ‘Me Too’ to say, ‘I want to have sex. What do you think?’”

As for women in long-term relationships, Richmond recommends that you sit down, make eye contact with your partner, and discuss your sex life. “Go into the conversation with a sense of curiosity so they don’t have to be put on the defensive,” she says. “Not ‘You’re such a disappointment.’ It’s about coming at it from a sense of curiosity in mutual wants and needs.”

She suggests starting with, “I’m curious if you’re happy with the amount of sex we’re having, because I’d totally be into the idea of having sex this many times per week.” Ensuring that you’re vocalizing your thoughts, while also considering your partner’s response, is key.

And if you still aren’t getting the sexual frequency you crave, it may be a sign your partner and you aren’t right for each other in the long run—and it’s time to find someone new who will make sure you’re not part of the 6 in 10 statistic ever again. 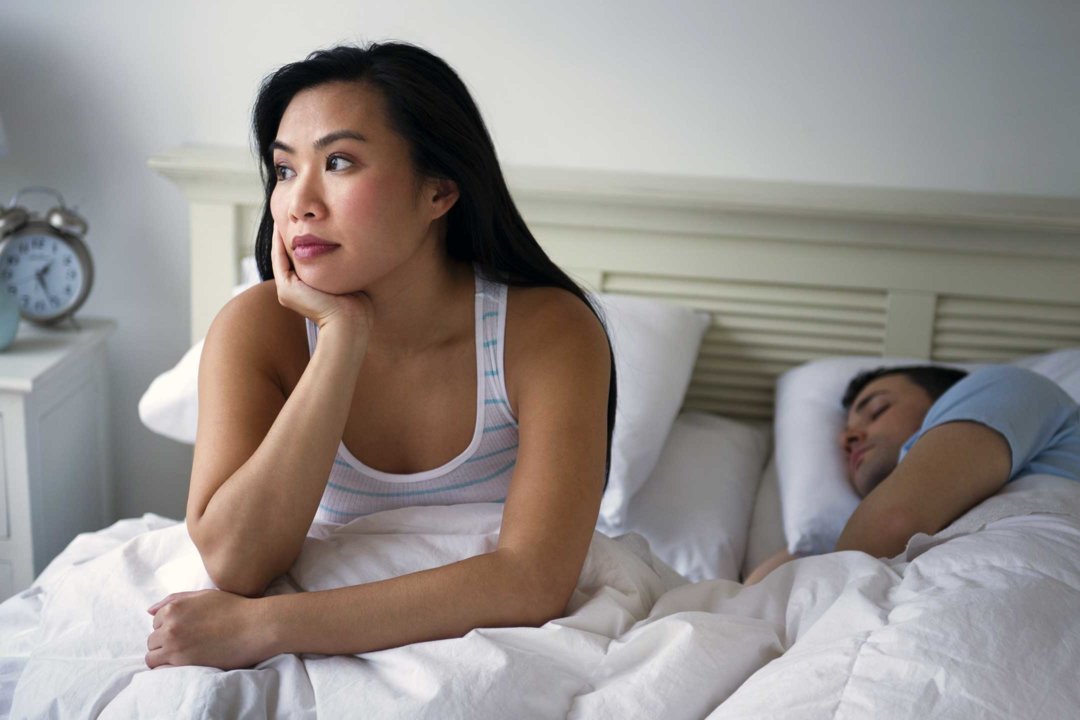