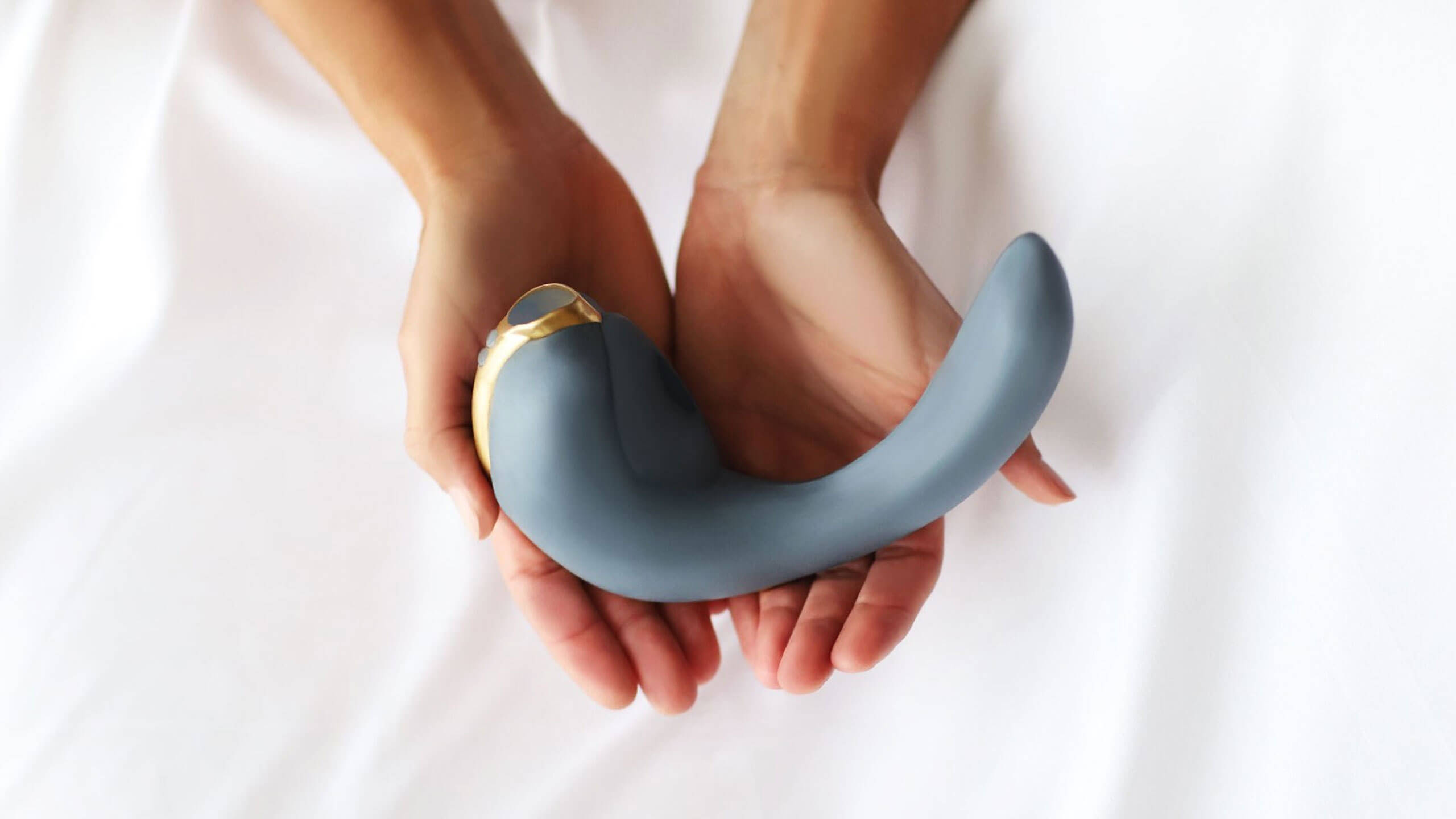 At the techworld’s glitziest gala, the massive Consumer Electronics Showcase held in Las Vegas this week, you could find rows of devices only for women: breast pumps, fertility trackers, breast massagers, skin care gizmos. This embrace of women’s health as a category for tech innovation is a huge shift from just a few years ago, when it was much easier to find a scantily clad “booth babe” hired to hawk some random fitness tracker than it was to find anything geared toward women as consumers—unless it was a pink version of a mainstream gadget.

But while women’s skin care, fertility, and general health have come to represent entire categories for gadget makers, women’s pleasure is apparently still too taboo.

The Ose, as the device is called, looks like, well, a gray robotic penis. Where a scrotum would be, the Ose has a microrobotic bulge that uses biomimicry to stimulate a woman’s clitoris the way a human mouth and tongue might. The hands-free device responds in real time to a woman’s body, and can supposedly adjust according to her needs.

Pretty neat robotics, the point of which is to help women achieve a so-called blended orgasm, or an orgasm reached through internal and clitoral stimulation. Lora DiCarlo, the company that makes the Ose, considers the personal massager a health device. CES features thousands of other health products, from wearables to “baby tech.” But its leadership concluded that, despite this being a hands-free biomimetic robotic device, it was appropriate for neither the category of wearables, nor biotech, nor health and wellness.

“By excluding female-focused Sex Tech, CES and CTA are essentially saying that women’s sexuality and sexual health is not worthy of innovation,” Lora Haddock, the CEO of Lora DiCarlo, wrote on her website after news of the controversy broke.

But wait: Is having an orgasm a health issue worthy of innovation? According to sexual health experts, scientific studies, and the United Nations, the answer is yes.

The UN’s World Health Organization includes pleasure in its definition of sexual health—for men and women. The Global Advisory Board for Sexual Health and Well Being has even argued that sexual pleasure is a human right. Yet, scientific study after study has shown that there is a huge gap between male and female sexual pleasure. Dubbed the orgasm gap, researchers have found that though 87 percent of heterosexual men will orgasm during intercourse with their partner, only 49 percent of women do. The Ose, in its robotic way, it intended to help bridge this gap.

Sex therapists and researchers WIRED spoke to this week said this gap harms people in all sorts of ways. Not only does it advance the patriarchal norms that say women’s bodies are merely for the sexual pleasure of men, the taboo against female sexual pleasure in our society leads to its own health problems. Inability to experience sexual pleasure can contribute to depression and anxiety, poor self-esteem, or sexual coercion. It can also promote the misconception that pain is a normal and acceptable part of sex for women, according to psychology professor Laurie Mintz, author of Becoming Clitorate: Why Orgasm Equality Matters and How to Get It.

Women’s sexual pleasure is so dismissed in our society that women complaining of pain during sex are often not taken seriously by their doctors, even when such pain could be helped with physical therapy. In fact, some gynecologists in the US are not even aware of the existence of pelvic floor therapy, which can help minimize pain from intercourse. In some parts of the world, the taboo against female pleasure leads to the violent removal of the clitoris.

This affects more than individual lives: It also defines the pace of science. The full shape of the clitoris wasn’t mapped until 1998! Sex researchers say that there are far fewer studies into why most women do not have orgasms during sex, or why so many women experience pain.

“God forbid you have erectile dysfunction or premature ejaculation—you’re going to get a study and we’re going to find out the best way to help you. Do you think there is any on female pleasure? Barely,” says Holly Richmond, a psychologist, certified sex therapist, and sex tech consultant. “It just hasn’t been prioritized.”

When women’s sexual health is prioritized, it’s usually in terms of reproduction. Kimberly Resnick Anderson, a certified sex therapist, calls this the “acceptable procreative zone.” It plays into the age-old stigma that women’s sexual utility is defined by her ability to bear children. Her pleasure? Not so important.

Indeed, you can see this “acceptable procreative zone” reappearing in the consumer electronics space. Last year, CES awarded the groundbreaking Willow breast pump with an innovation award in the wearables category. The showroom floor is filled with innovations in breast pumps, breast massagers, fertility gadgets, and an entire section for “baby tech.”

For the CTA to recognize female sexual pleasure as worthy of technological innovation would also go a long way toward helping the rest of the tech industry. Creators of female sex tech products report having a very difficult time convincing venture capitalists that their products matter. Richmond, who advises sex tech companies, says seeing a device like Ose at CES could bring more opportunity to “all of these really cool amazing women in sex tech who are running up against some pretty huge walls when they’re trying to get funding and credibility.”