10 Ambitious Predictions For How VR/AR Will Shape Our World 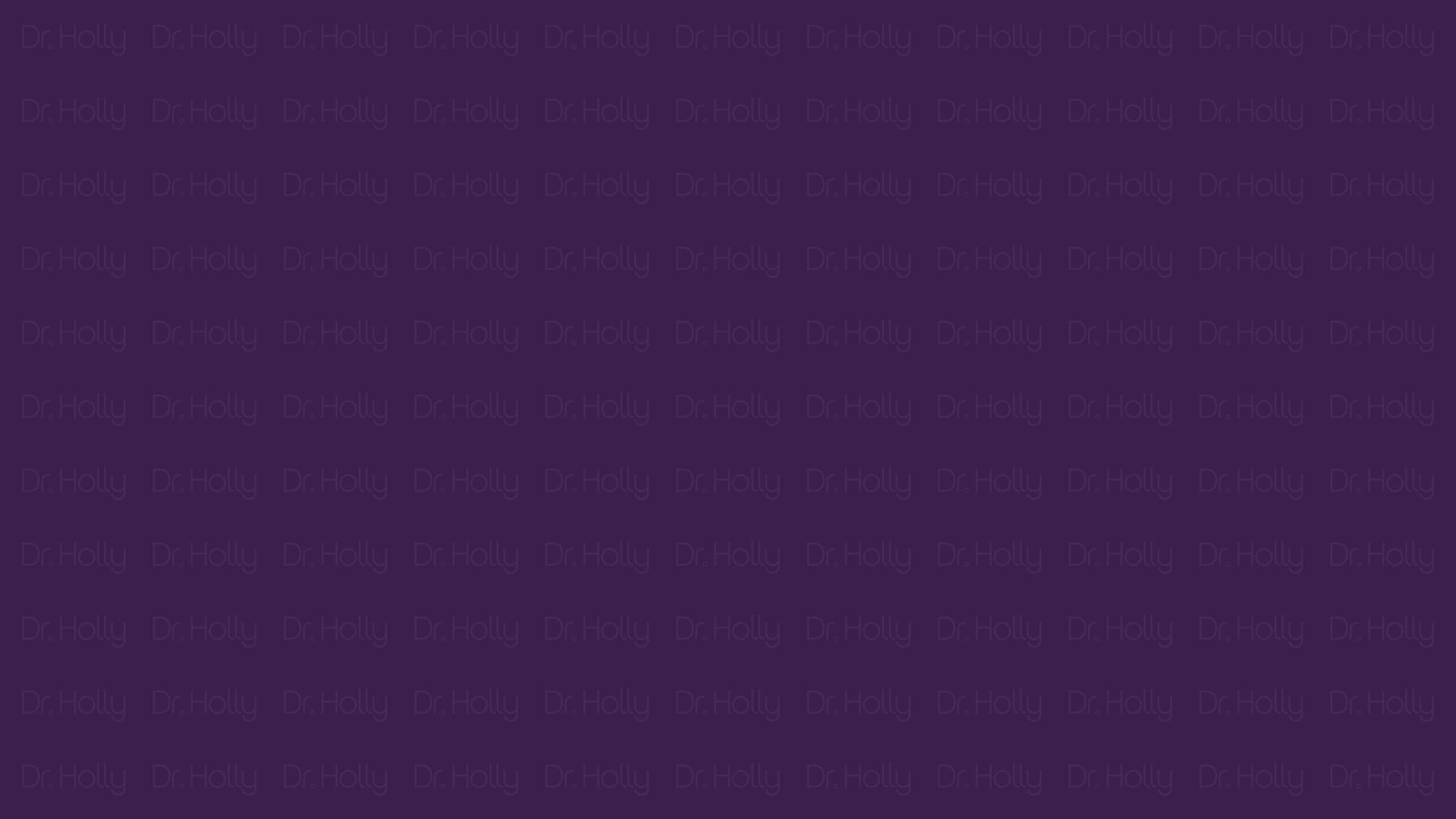 Last week I joined hundreds of commercial VR and AR experts in London to participate in VR World 2018. The two-day conference featured sessions from industry leaders pioneering immersive technology in such fields as manufacturing, automotive, entertainment, healthcare, and many others.

One of the benefits of bringing together VR and AR industry leaders is to facilitate collaboration and work together on a unified vision for this new technology. Who better to understand and predict the true potential for the latest advancements in immersive technologies than those in the trenches working on solutions daily?

Several of the conference speakers from companies like Facebook, GlaxoSmithKline and others were generous enough to take the time to provide their most ambitious predictions for the future of immersive tech and provide insight into innovative companies helping these predictions become a reality. I applaud their courage and imagination to see beyond the immediate challenges and set their sights on a bold new frontier.

The concept of virtual workspaces is nothing new, but recent advances in hardware and bandwidth have made this possibility almost a certain reality. According to Jay Latta, Emerging Technology Strategist, the future of work will center on a private, virtual workspace that immerses the user in a 3D desktop customized to provide the ideal working environment.

Several of the major HMD producers, like the Windows Mixed Reality platform and Oculus Rift are providing a virtual desktop experience for their users. There are also several apps like Bigscreen and Virtual Desktop working to make Latta’s vision a reality but the experience has a long way to go before becoming seamlessly integrated with our daily work lives.

No more daily commute, instead any type of road-based transportation will be completed within a personalized and autonomous, immersive environment allowing the passenger to work or enjoy immersive entertainment. Building upon his vision for a private, VR workspace, Latta believes the future of commuting could include taking this workspace with you, as today’s “drive to work” becomes “drive and work.” The race toward building fully autonomous vehicles has reached a fever pitch with Google, Uber and almost every major car manufacturer working to capitalize on the new era of “mobility as a service.” There is also a host of start-ups like Seattle-based MightAI and AIMotive working to provide innovative solutions to help usher in this new era of transportation.

AR and merged reality will take away our need to look at screens – smartphones, watches, tablets, laptops, will all become a thing of the past. According to Cyril Tuschi, the CEO and founder of You-VR, super-lightweight AR glasses and XR contact lenses will soon become our standard companion. He believes that worries over the negative effects of screen time will be mitigated as our digital world will become seamlessly integrated with the real world. Tuschi also optimistically believes that there will be early education programs to help children navigate this new merged reality along with an AI driven opt-in program to mindfully deliver only relevant experiences to users.

According to Paul Sweeney, VP and GM for DAQRI International, “immersive technology will enable collaboration between vast distributed teams, across languages, time zones and geographies thereby connecting large populations to rich digital information, in the physical world.” The implications for this type of knowledge network are robust and could help solve global challenges related to geographically isolated populations and shortages of natural resources. Ultimately a global knowledge network powered by AI could “optimize” the planet to ensure resources are distributed to sustain the global population.

How we connect intimately and sexually, with others as well as ourselves, will be dramatically different in 20 years. Dr. Holly Richmond, Ph.D. and practicing sex therapist, believes that “most first dates and first sexual experiences will happen virtually, the term “digisexual” will be ubiquitous, and the idea of sex positivity will finally transcend the technology bias it has previously and currently been up against. Richmond is working to normalize the sex tech industry and her soon to be published book, Next-Sex, delivers research and insights into how technology is bringing us closer together.

Companies like Kiiroo and WeVibe are working to create extremely realistic immersive intimate experiences. Kiiroo CTO, Maurice Op de Beek, believes we’ll achieve hyper-real, sexual experiences in our lifetime. Other technology companies are developing software and hardware to help expand today’s VR experience beyond the HMD. Tobii, is working on eye-tracking capabilities which according to Richmond, will produce a much more connected and intimate experience. While HardLight VR has developed a haptic body-suit allowing users to actually feel what’s happening within a virtual experience. You can read more about technology and the future of sex in my recent post, The technological evolution of love, connection and intimacy.

Be anywhere, anytime in seconds with multiple digital selves. Founder of VP Capital and technology investor Viktor Prokopenya believes “we will have a complete avatar, several bodies in different parts of the world and the travel time will be zero.” This bold vision draws upon several current day technologies and unifies them into a plausible future. Researchers are already studying the effects of embodying a virtual avatar and social, 3D virtual worlds such as Sansar and High Fidelity allow for instant teleportation to different regions on the grid. Combine this functionality with augmented reality capabilities of overlaying digital content in the real world and it’s not too hard to imagine beaming a virtual self into a real location.

Russian startup Arcona is building an innovative platform to allow digital content creators to ‘teleport’ their content into real world locations via a block-chain fueled universal, augmented reality infrastructure. The content would then be visible to anyone geographically located in the region across multiple devices and apps that house AR capabilities. In the future, once AR devices are standardized everyone in any location would see the same digital overlay which could include digital avatars or holograms.

4) Pain and suffering is a thing of the past

VR and immersive technology is poised to put an end to both physical and emotional pain. According to Chimeren Peerbhai, Global Digital Product Management Lead for GlaxoSmithKline, “VR as a distraction therapy during difficult treatments; such as those administered to cancer patients or burn victims has proven to be quite effective. Furthermore, research is starting to show some effective mental health treatments using VR Exposure Therapy in the treatment of PTSD, anxiety and addictions.”

Dr. Richmond agrees with Peerbhai on the value of VR and AR to better treat mental health patients. “Enabled by VR/AR, a therapist will be able to meet her client in the space that feels most healing, and generate environments, scenarios, challenges and support structures that are the most efficacious to the client’s goals.” There are a host of companies helping healthcare providers leverage the healing benefits of VR. (For more information on the work being done in this field, read my recent post VR can already help people heal — and it’s just the beginning.)

3) The end of loneliness and isolation

Westworld here we come! Along with ending physical pain, Chimeren Peerbhai also believes the future of today’s virtual assistant technology will eventually include “more advanced integration with AI and machine learning to create compellingly realistic virtual humans. Imagine having a virtual assistant that’s like a real person or having a companion to keep you company as you grow older. Or even bolder, being able to accurately recreate a loved one who’s passed on, in a virtual world. Who will be able to respond to you and behave just as they would have in real life!”

This exciting and perhaps worrisome vision of the future has been played out in movies like Blade Runner 2049 where arguably one of the most lovable characters was an AI-driven, robot taking the form of a beautiful, young assistant to the hero of the film.  The darker side of this reality was also depicted in a memorable episode of Black Mirror with the main character purchasing a robotic replacement of her dead husband.

VR will enable humans to live in the shoes of others, engendering empathy and compassion among our policymakers and society at large. This will help bring an end to polarizing issues such as social welfare, immigration and civil rights as everyone will be able to experience both sides of every argument. Journalists like Nonny de la Peña and publications such as the New York Times are creating award-winning, VR experiences that put their readers in situations that typically would have been off limits. Project Syria, authored and produced by Peña, puts the viewer on a war torn street corner in the Middle East without any of the associated risks of visiting the site first-hand.

Appropriately leveraged, there is no reason why technology can’t solve global disputes and improve global relations resulting in a lasting world peace. According to Anne Hiatt, VR storyteller and General Director for Opera on Tap, “Immersive tech will improve global communication without the protection of anonymity that is provided by social media today thereby forcing a more honest and open dialogue. The potential positive effects on diplomacy could result in world peace.” The VR Peace Museum shares Hiatt’s optimism and has been named one of the world’s top VR for humanity projects. The immersive experience explores historical peacemaking perspectives, and present day events highlighting the courage and commitment that define all peacemaking. These types of humanitarian projects will help shape future leaders to believe in the possibility of peace and allow them to use technology as the tool to make it happen.

Pie in the sky? Not really

While we’re still decades away from many of these bold predictions becoming reality, it’s essential for our global leaders and society at large to understand the potential power of technologies like VR, AR and MR. My hope is that posts like these help shine a light on the power of immersive technology to go far beyond gaming and entertainment. And though it’s impossible to truly see what the future holds 20 years from now, there is little doubt that dramatic changes are on the way.

Campbell Orme, AR Product Designer for Facebook, sums it up nicely, “I’d love to be able to have the smallest glimpse of how we might be interfacing with AR and VR that far ahead, even if to see how incredibly antiquated our rectangles and LEDs will have become. The qualities of AR and VR as a channel that might help communities or whole countries address challenges could well be: ubiquity, speed, language-agnosticism and accuracy at reproducing – reliving – any given moment in time. A memory experienced with absolute certainty, by anyone on the connected planet.”