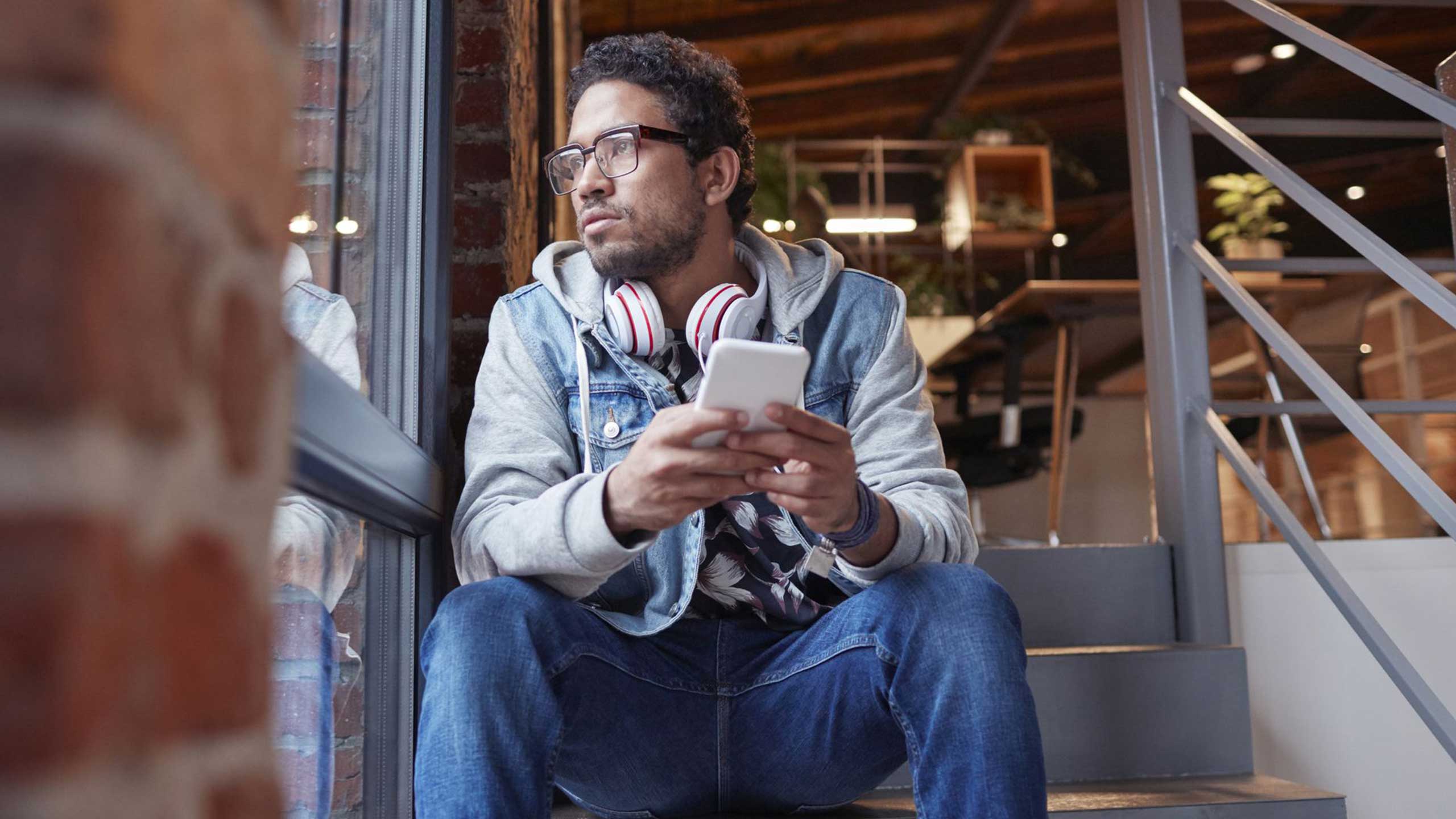 The “friend zone” is a place of epic mythology, defined by Urban Dictionary as, “A particularly aggravating metaphorical place that people end up in when someone they’re interested in only wants to be friends.” Like a black hole, the friend zone sucks you in so deep there’s not even a shred of hope that you’ll climb out.

But is it really that drastic? Does being someone’s friend mean you can never be anything more? We asked a few relationship experts to talk us through the best way to climb out of the friend zone, and if that’s even possible. Good news: All hope is not lost.

First, what exactly is the friend zone?

Although the Urban Dictionary definition marks the friend zone as a bleak situation in which one person wants to be in a relationship and the other doesn’t, that’s not the only way the friend zone works.

Darcy Sterling, PhD, a therapist who works with couples in New York (and currently Tinder’s resident relationship expert), defines the friend zone differently. “The friend zone is when you have a romantic interest in your friend, and you’re unsure if they feel the same way,” she tells Men’s Health. With her definition, there’s uncertainty and therefore room for progress.

Based on conversations she’s had with her clients, Holly Richmond, PhD, a sex therapist with offices in New Jersey, California, and Oregon, gives a similar definition. Many of the men who bring up the friend zone in her office describe it as a feeling. They think that their romantic interest doesn’t want to be anything more than friends, but they don’t actually know.

Is it possible to get out of the friend zone?

Whether or not you can get out of the friend zone depends completely on the type of friend zone you’re in. If it’s the first type—you want to be more than friends but you know without a doubt that the object of your affection does not want to date you—then it’s time to give up. They’ve already told you that they don’t have feelings for you, and it would be disrespectful to try to push yourself on them. “If someone has told you that they don’t have romantic feelings for you, respect their boundaries,” Darcy says. “Don’t flirt. Don’t touch them. Don’t make sexual innuendos. Don’t have unrealistic expectations.”

But if you’re in friend zone type two—you want a romantic and/or sexual relationship and you assume your friend doesn’t, but haven’t actually confirmed—there may be a chance of getting out. The key here is that you don’t know what the other person is feeling (so there’s the possibility that also have feelings for you but haven’t expressed them).

How do I get out of the friend zone?

If you’re in friend zone type two, the best and easiest way to figure out if your friend wants to be more-than-friends is to ask. Direct communication is the best communication. Sure, you can try to suss out your pal’s true feelings by reading up on “signs that they like you” and doing some detective work. But that’s not nearly as effective or foolproof as being honest about how you feel, and asking how they feel. But the way you ask matters.

For men who date women, it’s important to remember the expectations that have shaped most women’s lives. “Women are taught to be nice, and to be good girls, and not hurt anyone’s feelings,” Richmond says. “To be put in the position where you know your male friend wants more can be nerve wracking for women.” So it’s important to frame your question in a way that lets her be honest. “Lead the question with ‘I’m curious’ so it leads the woman off the defensive,” Richmond suggests.

A lot of times she sees men who get ghosted because they were too demanding and the woman they wanted to date didn’t know how to handle the situation. “He didn’t do anything wrong, she just didn’t want what he wants and she didn’t have the right words to let him know,” she says. So instead of saying, “I want more. What do you want?”—which is demanding and may make a woman feel like she’s not allowed to say no—say something like, “I’m curious if you’re interested in more than friendship.”

You don’t have to say exactly that, but Dr. Richmond recommends a gentle approach that considers your friend’s feelings. It’s even a good idea to tell her/him/them that it’s okay for the answer to be no. You can say, “I would love to take this further with you, is that something you’re interested in? If no is the answer that’s totally fine.” That way, your friend knows that they’re not going to hurt your feelings and you’re not demanding anything of them—you just want to make everyone’s feelings clear.

Sometimes, the (assumed) friend-zoner actually will have romantic feelings for the friend-zonee. And that’s amazing—but sometimes, they won’t. And if you find yourself facing a “no,” you need to respect that answer.

How do I deal with being in the friend zone?

We don’t exactly have statistics on what percentage of attempts to leave the friend zone fail (note that “fail” is a strong word, because hey, at least you had the guts to try), but it’s fair to assume that a bunch of guys will face this kind of rejection.

If you’re one of them, the first thing to do is to remember that it’s not personal. There are all kinds of reasons people are romantically attracted to certain people but not others. And if this person still wants to be your friend, then you’re clearly still important to them. “Remember that you’re not the first person to go through this,” Darcy says. “Take some time to yourself and recharge. It’s okay if you need a break.”

During that break, ask yourself how important it is to you to keep the friendship—and whether or not you can truly continue being friends with this person—without resentment and without torturing yourself. “If you’re unable to return to the friendship in a platonic way, don’t return,” Darcy says.

It’s unfortunate, but having this conversation will sometimes ruin the friendship. Still, it’s better for everyone to air your feelings. If you never say anything, it can be agonizing, Richmond says. It may be worth losing a friend in order to have an answer (good or bad) about whether or not you could have made a relationship work.

No matter whether you keep the friendship or not, a good way to get over the hurt is to recognize the opportunities knowing that this person will truly never be more than a friend opens for you. “It will free him up to go out and find a romantic and sexual relationship that has the potential to be gratifying rather than frustrating,” Paul Hokemeyer, PhD, a marriage and family therapist in New York, told SELF. Sure, it was a hard conversation to have, but now you can stop wondering “what if” and start looking for someone who wants you back.

How do I avoid being put in the friend zone in the first place?

Of course, the absolute best way to get out of the friend zone is to have never been in it. And again, managing that takes direct communication. “When you first meet someone, you oftentimes have a window of opportunity to make your feelings known,” Darcy says. “If you hesitate or freeze you could be relegated to the friend zone.”

It’s hard to be so direct about your feelings, because it means being vulnerable. But if you know you have romantic and/or sexual feelings for someone, embracing your vulnerability to make your feelings clear is your best strategy for avoiding a friend zone situation.

When you first meet a person and know you want a relationship or sex—all of those more than friendly things—ask what they’re looking for. Straight up say, “Are you interested in dating?” Richmond suggests. (You can also switch “dating” for “sex,” depending on what you want). Then, listen to what the person says. If it’s a no, it’s a no. If it’s a yes, then good for you. No matter what, you’ve avoided some major confusion down the road.

Previous K-Y Is Launching a Branded Docuseries About Sex Positivity Called ‘The Pleasure Is Mine’
Next Who is having more sex over age 50, research explores 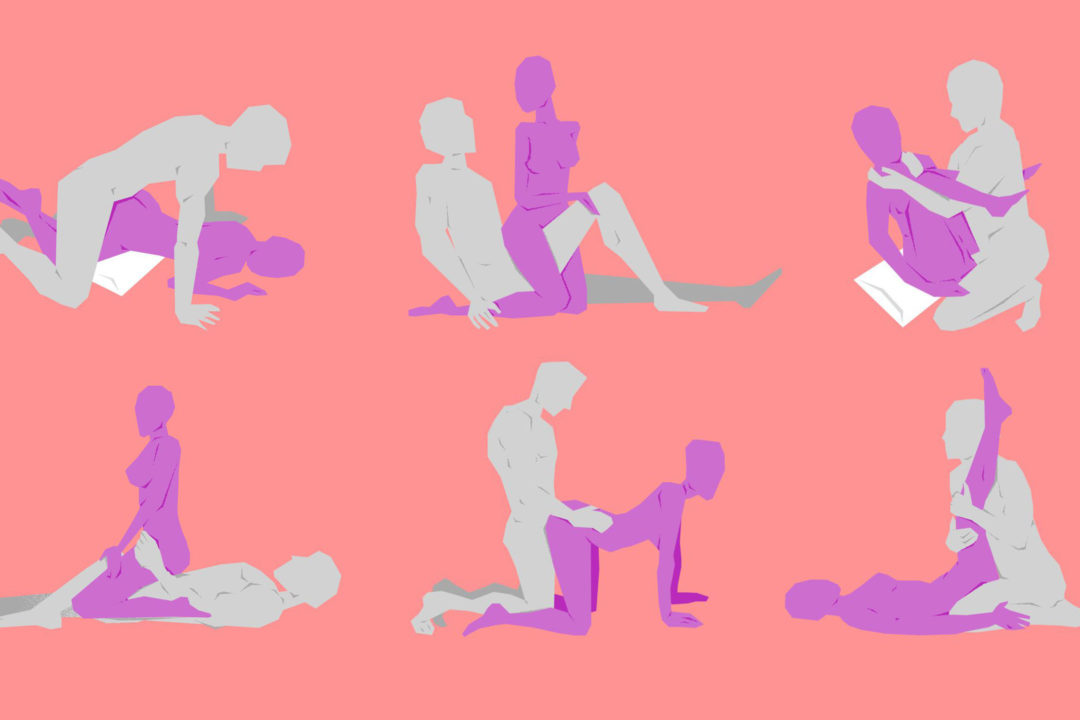