How Your Exercise Routine Affects Your Sex Life, According To Experts 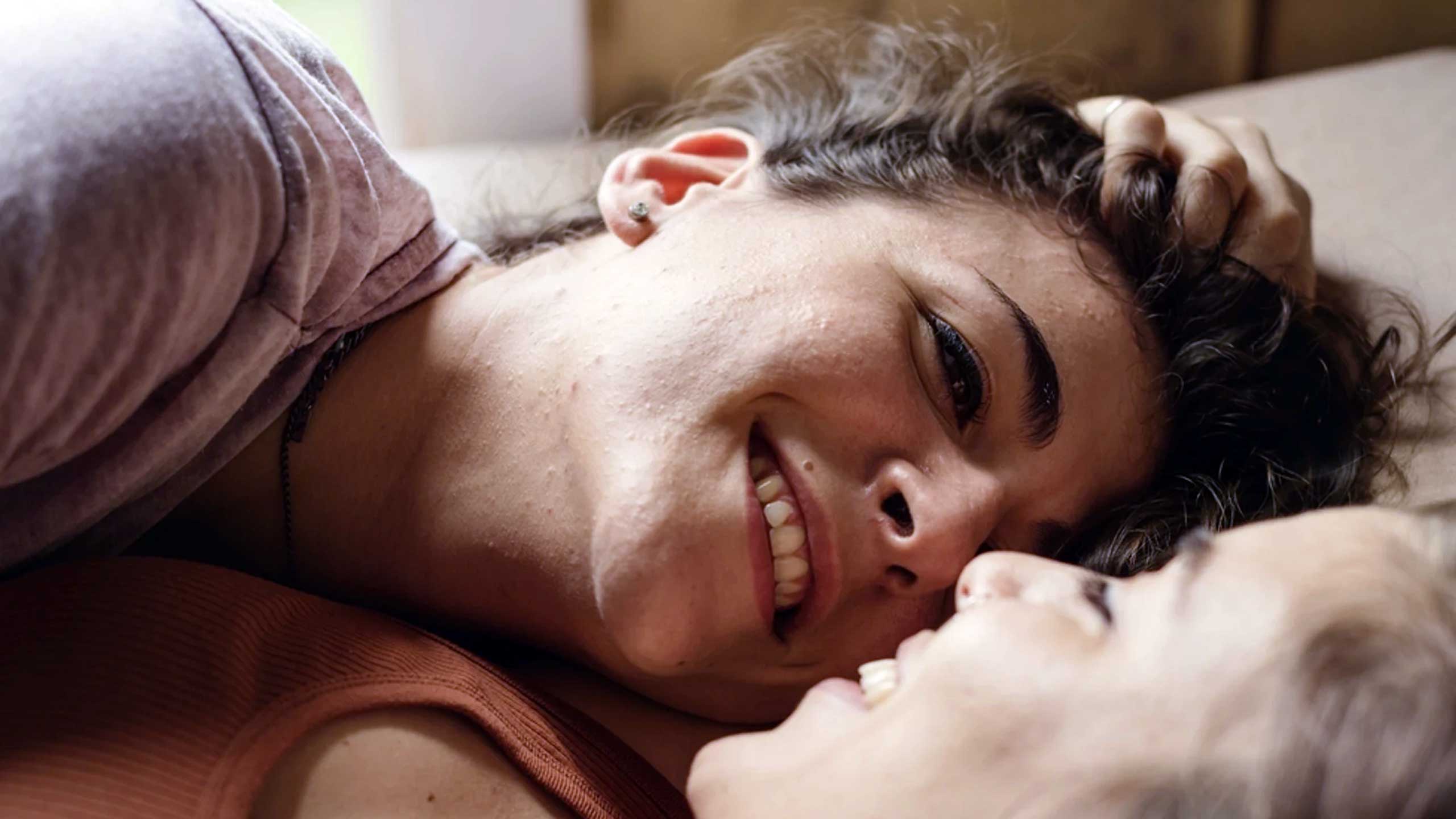 Although not everyone is cut out to exercise or even wants to exercise, there’s no denying that there are only benefits that come with it. From physical health to mental health and emotional health, exercise does a body good. On top of all those benefits (no pun intended), exercise is also great for your sex life.

“When you exercise you get your endorphins going and serotonin is released,” fitness instructor and personal trainer Autumn Oftedal tells Bustle. “These two factors combined make you feel good and when you feel good you desire things that you enjoy — like sex. Also, working out is great for your stamina. Stamina is a really important part of a healthy sex life because you can go the distance and in doing so, [it] creates the opportunity for more orgasms. It’s also a great way to tackle sexual dysfunction in both women and men.”

While you may not be the exercising type — because some of us just aren’t — if you’re looking to see positive effects on your sex life, it might be worth considering adding another yoga pose into your routine. You might even say sex itself is considered an exercise, though it isn’t going to have the same effect as a dedicated workout with some cardio.

Here are eight ways your exercise routine can affect your sex life.

If you’ve ever worked out, whether or not you enjoyed it in the moment, there’s a good chance that afterward you felt pretty damn good. It’s because of all those endorphins that are, basically, making you feel like you can take on the world.

“Physical activity isn’t only tied to body image in terms of the effect it can have on your body composition,” Dr. Jess O’Reilly, host of the SexWithDrJess Podcast, tells Bustle. “More importantly, exercise releases feel-good endorphins and research suggests that even short-term exercise can change the way you feel about your appearance.”

According to research by the American Psychological Association, the positive impact that exercise has on the brain can practically rewire it to see things in a different light.

“This shift in attitude occurred regardless of the fact that neither their weight or shape had changed over the course of the study,” Dr. O’Reilly says. “The bottom line: exercise changes the way you feel about your body and when you feel connected to your body, you may be better primed to enjoy sex — in terms of both desire and embracing the fact that you deserve pleasure.”

Oh, the elusive vaginal orgasm! Some people have them, some people don’t, and some refuse to believe they exist. But, as someone who has experienced a vaginal orgasm ONCE I can attest to the fact that they are real. Albeit difficult to have — at least for those of us who mostly rely on clitoral stimulation to orgasm. It can take a looong time to reach the point where a vaginal orgasm is in sight — and cardio can help. “The deeper vaginal orgasms take sustained penetration, even up to 45 minutes in the case of cervical orgasms — the queen of all female orgasms,” holistic sex and relationship expert Kim Anami tells Bustle. ‘The longer you go, the deeper the reward.”

3. It Awakens Your Body

When we exercise, our blood gets pumping, circulating it throughout our entire bodies, including our genitals. This blood flow and circulation can be improved by exercise like cardio a few times a week or by practices such as yoga.

“Yoga is an excellent practice to increase flexibility [and] become aware of your breath,” Anami says. “[Yoga] has be scientifically studied to improve libido. Open hips equals and open heart!”

As Oftedal points out, the combination of endorphins, serotonin, and a stronger body contribute to increased stamina, which is just another word for endurance. Endurance isn’t just good for the body, but good for the brain.

“Endurance is important in bed because it gives us a sense of control and feeling of empowerment,” psychologist and sex therapist Dr. Holly Richmond tells Bustle. “We are able to meet our partner’s sexual needs, and feel sexually and erotically fulfilled ourselves. It lets us know for certain that we are a good lover. If two people’s sexual endurance is equally matched, there will be no reason to ask, ‘Was that good for you?’ Having sexual endurance gives each person a sense of sexual self-efficacy and know-how.”

Harnessing endurance can be achieved in a couples ways.

5. It Clears Your Mind

If you’ve ever tried to have sex with a lot on your mind, you know that it makes being present near impossible. When you’re not present, both you and your partner miss out.

“My clients report that simply moving — dancing, walking, stretching, hiking — is key to increasing their desire for sex as well as sexual functioning (likelihood of reaching orgasm),” Dr. O’Reilly says. “[This] outcome may be tied to the fact that exercise can help you to clear your mind and feel more relaxed once the body cools down.”

6. You Have A Stronger Sexual Flow

Think your sex moves could use some work? Exercise can help with that.

“[Try] an activity that increases your intuition and flow in your life outside of the bedroom,” Anami says. “When you increase flow in your outer life, you find better flow in bed. Examples [of such activities] are free-form dance, yoga, martial arts, and surfing.”

But not only is flow important when it comes to having moves in bed, so is holding certain positions for an extended period of time. Anami suggest pilates, or other exercises that focus on your core as workouts that will help you put the moves on in bed.

“Core strength is vital for holding certain positions for an extended period of time,” Anami says.

7. It Can Make You Desire It More

It turns out that from a hormonal standpoint, exercise can kickstart the process of wanting to get down to business.

“Exercise is also one of the most effective ways to boost sexual desire, as it can increase testosterone levels as well as augment confidence and desirability,” Dr. O’Reilly says.

A study by the University of Arkansas found that those who exercise regularly felt more desirable and reported better sexual performance. “Eighty percent of men and 60% of women who exercise two to three times per week feel sexier,” Dr. O’Reilly says, citing the study, “And those who get their sweat on four to five times per week rate their sex lives as higher than average.” Sounds pretty good, right?

8. It Can Stimulate Arousal

If you’re not getting aroused the old fashioned way — either through foreplay with a partner or foreplay with yourself — exercise might be able to help. One word: “coregasm.”

“In some cases, exercise is associated with arousal and orgasm,” Dr. O’Reilly says. “More women (and even a few men) are having ‘spontaneous’ orgasms at the gym (also known as coregasms).” It’s possible that these surprising waves of pleasure are connected with contraction and release of pelvic floor muscles, but we still have lots to learn.”

According to Dr. O’Reilly, those who have experienced these types of orgasms cite “cycling/spinning, abdominal exercises, and climbing poles and ropes,” as the exercises most likely to cause them to climax. Even if you don’t get off at the gym, your workout can be the foreplay that you never expected.

As Dr. O’Reilly notes, we all deserve pleasure. If there are ways in which we can increase that pleasure, it might be worth giving it a try. While no one is saying you need to wake up tomorrow and run a 5k, you might find that even doing a few sun salutations every day, if you don’t exercise at all, will start making your sex life even sexier. 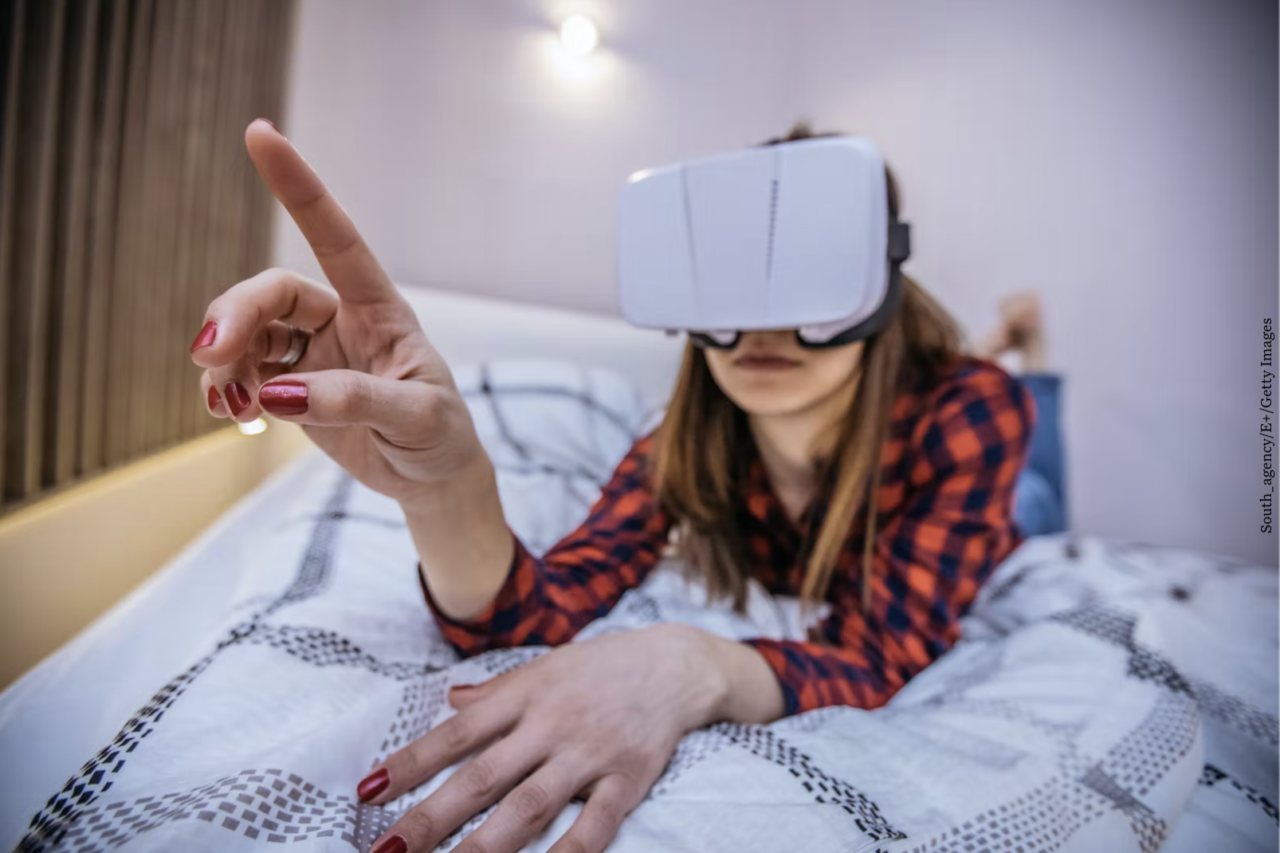 What Actually Counts As Cheating In The Metaverse?

Self-Love Is Standing Up For What You Need